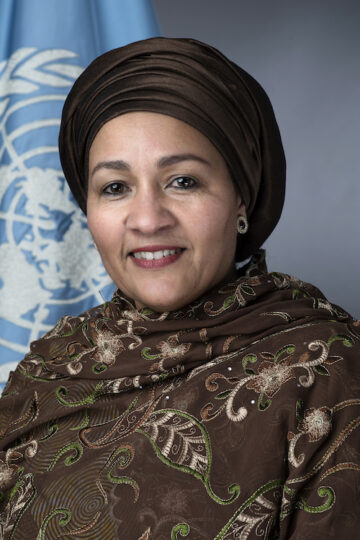 President Muhammadu Buhari has thanked the United Nations over the re-appointment of Amina Mohammed as Deputy Secretary-General.

The president in a statement on Tuesday by Femi Adesina, Special Adviser on Media and Publicity to the president also congratulated Mohammed over her reappointment.

He assured her of the prayers and support of Nigerians, especially the Federal Executive Council where she served previously.

Buhari praised her for her dedication to duty describing it as exceptional and her interest in improving the livelihood of people.

The president further thanked UN Secretary-General, Antonio Guterres, for the confidence reposed on the former Minister of the Environment by giving her another opportunity to serve the global body and humanity.

He said she remained an inspiration to many women in Nigeria, Africa and the global community.

Buhari also wished Mohammed all the best on the next rung of the leadership ladder.