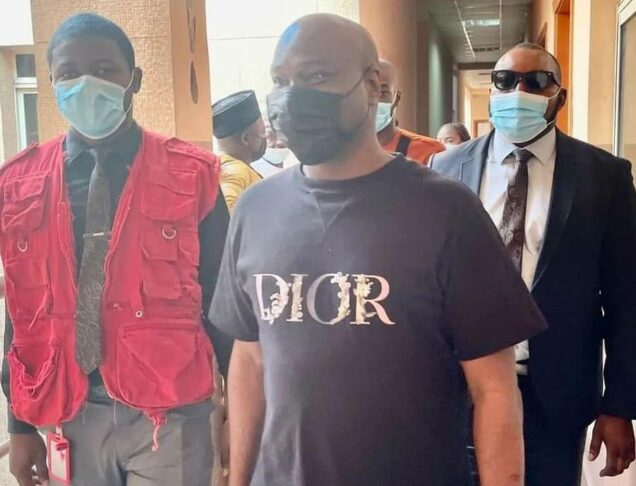 Mompha in court on Wednesday

Ismailia Mustapha aka Mompha has been docked by the EFCC in Lagos for allegedly laundering over N6 billion for Yahoo Yahoo Boys.

The commission on Wednesday filed an eight-count charge against the Instagram celebrity and his company Ismalob Global Investment Limited.

The case is being heard by Justice Mojisola Dada of an Ikeja Special Offences Court.

Mompha and his company were accused of alleged conspiracy to launder funds obtained through unlawful activity and retention of such funds.

The anti-graft agency accuses Mompha of transferring funds for a suspect Olayinka Jimoh aka Nappy Boy and a record label, among others.

The EFCC also alleged that Mompha concealed his interest in expensive wristwatches and other movable assets valued at over N70 million.

Mompha and his company pleaded not guilty to the eight counts, according to a report by QED.ng

Apart from this case, Mompha is also standing trial at the Federal High Court in Lagos alongside his company on an amended 22-count charge bordering on cyber fraud and money laundering to the tune of N32.9 billion.

The case was filed against him by the EFCC.

EFCC re-arrested Mompha on Monday following fresh findings of an alleged fraudulent transfer slip of $92, 412, 75 in his iPhone 8 device.