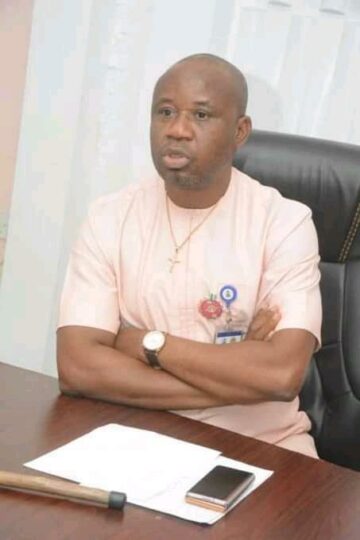 The Chairman of Degema Local Government Area of Rivers, Michael John Williams, has asked traditional rulers in the council area to submit names of all operators of illegal refineries in their domains to the government.

He said traditional rulers who failed to heed the order designed to end the problem of soot emissions caused by illegal crude oil refining activities which, known as “Kponfire”, will be sanctioned by government.

The Council boss gave the directive on Tuesday, during a stakeholders meeting with monarchs of nine communities of the Local Government Area.

Williams also directed the traditional rulers to immediately convene town hall meetings in their respective communities and communicate government’s position on the soot menace, warning that the government would no longer fold its arms and watch as the activities of few individuals endanger the lives of the citizenry.

Williams said, “Go home, convene a community meeting and talk to your people, sensitizing them on the danger in the continued activity of kpofire on the ecosystem, particularly, to human life.

“Those of them you can not talk to, submit their names to me to do the needful.

“If you fail to submit their names, it simply means that you are abetting the crime committed within your locality and government shall not hesitate to treat you as an accomplice,” he warned.

The Council Chairman added that the Rivers State Government, under Governor Nyesom Wike was doing a lot to ensure that the Federal Government fulfills its promise of setting up modular refineries in the country to create jobs and curb the proliferation of illegal artisanal refining sites.

He added that while the governor’s efforts were on the recent order given to all Council Chairmen by the governor to clampdown on all bunkering activities in the State, was not only to end the economic sabotage on the nation, but was also in the best interest of the helpless masses, who were daily deluged with soot droppings in their homes and premises.

Williams stated that the Governor took the steps in order to protect the lives of Rivers people, who were daily exposed to respiratory diseases, due to the soot in the atmosphere.

“The Governor is working assiduously to ensure that the modular refineries, promised by the Federal Government, are set-up, but before that is achieved, he can not fold his arms and watch the illegal activities kill Rivers people,” he added.

Speaking on behalf of the monarchs, Chairman of DELGA Traditional Rulers Council and Nwaomema (Amanyanabo) of Bukuma, HRH King Stephen Jeremiah Tobins, Akee X, commended the Rivers State Governor and the Council Chairman for taking the bold initiative to address the scourge of soot.

The Monarch, who stated that the issue of “Kponfire” was a great threat to Rivers people, assured that the traditional institution would support the government by properly sensitizing their people on the need to look for better means of livelihood, rather than engaging in activities that endanger the lives of everyone, including theirs.

In attendance at the meeting with the Council Chairman were monarchs and chiefs of all the nine communities of the LGA.