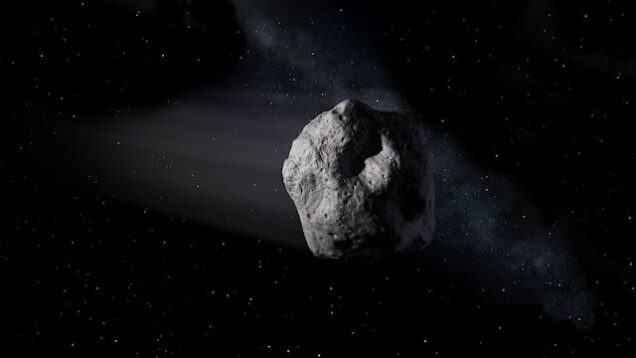 An asteroid, which measures 1.05 kilometres across will make its closest approach towards Earth next week.

NASA has been tracking the space rock since it was discovered by Scottish-Australian astronomer Robert McNaught in 1994.

Asteroids are rocky leftovers from the formation of the early system. More than 1.1 million have been found but many remain undiscovered.

While an asteroid crashing into Earth any time soon is unlikely, it is not impossible.

In 2013, an asteroid crashed into the Russian city of Chelyabinsk. It exploded after entering Earth’s atmosphere and released energy equivalent to 500 kilotonnes of TNT.

The incident caused more than 3,600 apartment windows to shatter, injuring about 1,000 people.