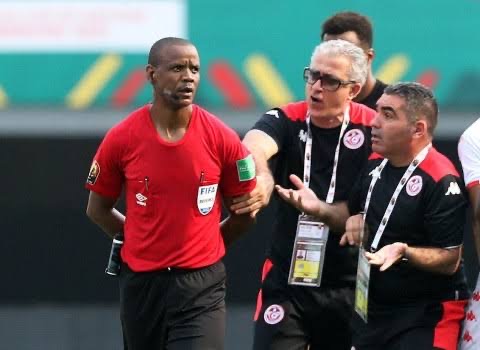 The Confederation of African Football (CAF) has said it has begun investigation into the pandemonium that marked the end of the 2021 Africa Cup of Nations (AFCON) match between Tunisia and Mali.

The Tunisia/Mali AFCON match on Wednesday descended into a brawl as the referee blew twice to end the match before the statutory 90 minutes had been played.

Tunisia refused to return to the pitch 40 minutes later, in protest despite having lost 1-0 to Mali.

Tunisia/Mali Group F encounter played at the Limbe Omnisport Stadium had Janny Sikazwe from Zambia as the centre referee.

A statement by CAF on its official website on Thursday said it was gathering all the necessary reports from the officials at the match, and that it would soon indicate the way forward.

“In relation to the TotalEnergies Africa Cup of Nations match between Tunisia and Mali played in Limbe on 12 January 2022, CAF is gathering all the necessary reports from the officials at the match.

“CAF is forwarding these documents to the competent bodies of CAF.

“At this stage, CAF is not in a position to make further comments, until the responsible bodies indicate the way forward,” it said.