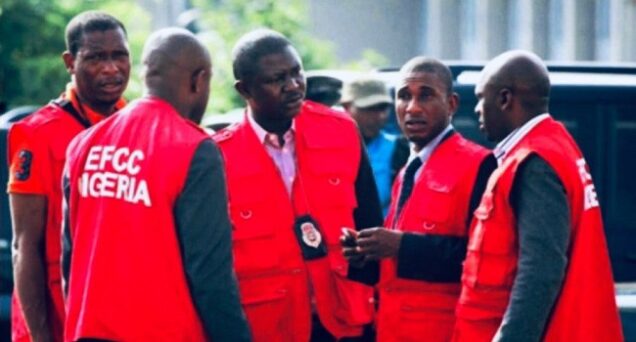 The Economic and Financial Crimes Commission (EFCC), Gombe Zonal Command, on January 12, 2022, handed over a cheque of N3, 639,500 to a retired Permanent Secretary at the Ministry of Education, Adamawa State.

Wilson Uwujaren, Head, Media & Publicity of the EFCC revealed this in a statement on Thursday.

Alhaji Muhammed Mubi, 86-year-old victim got swindled by a former employee of Unity Bank who took advantage of his vulnerability. The ex-banker gained Mubi’s trust by offering unsolicited assistance before perpetrating the crime.

Mubi noticed he was swindled after he went to withdraw some funds but was told he couldn’t due to insufficient funds standing to his credit. He requested for his bank statement and realized that an Automated Teller Machine (ATM) card was issued in his name to withdraw all his savings.

He sent a petition to the EFCC afterward in November 2021 alleging unauthorized withdrawal from his Unity Bank account where he receives his pension.

Investigation by the EFCC revealed that the crime was carried out by a former employee of the bank.

The EFCC also found out that what was stolen from the victim’s account was more than the N2,900,000 the victim reported in his petition.

The victim, through his counsel, thanked the Commission for what he described as “swift and professional response” on the matter.