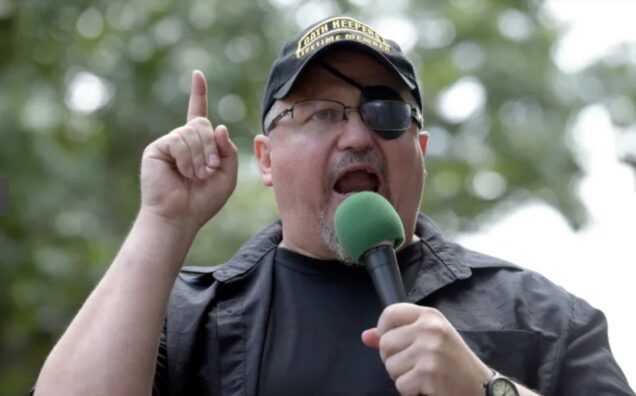 The FBI has arrested Stewart Rhodes, the founder and leader of the far-right Oath Keepers militia group, in connection with the Jan. 6 attack on the U.S. Capitol.

He has been charged with seditious conspiracy, authorities said Thursday.

Rhodes is the highest-ranking member of the extremist group to be arrested in the deadly siege and it is the first time the Justice Department has brought a seditious conspiracy charge in connection with the attack on the Capitol.

Rhodes is charged along with more than a dozen other members and associates of the Oath Keepers, who authorities say came to Washington intent on stopping the certification of President Joe Biden’s victory.

Rhodes did not enter the Capitol building on Jan. 6 but is accused of helping put into motion the violence that disrupted the certification of the vote.

The Oath Keepers case is the largest conspiracy case federal authorities have brought so far over Jan. 6, when thousands of pro-Trump rioters stormed past police barriers and smashed windows, injuring dozens of officers and sending lawmakers running.