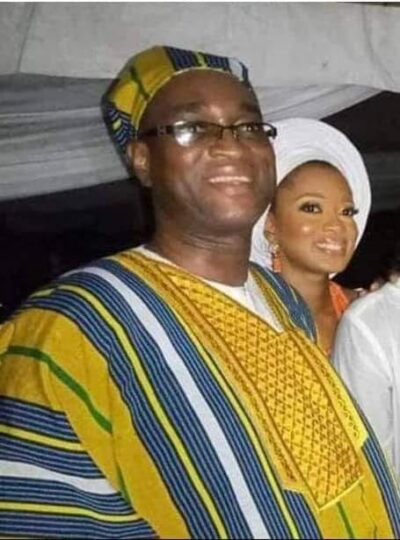 Senior staff of Shell, Mr Ojonimi Ossai: killed by kidnappers despite accepting N5m ransom to set him free from members of his family.

A kidnapped Kogi born senior staff of Shell Petroleum Development Company, Mr Ojonimi Ossai has been been found dead, despite payment of N5 million ransom to his abductors by members of his family.

It was learnt that Ossai was travelling to Igalamela-Odolu community, Kogi State for the burial of his father in-law in last weekend when he encountered gunmen who abducted him along Itobe-Anyigba road, according to family sources.

The gunmen later made contact with relations of Ossai to demand ransom for his release.

A source from the family said a ransom of N5 million was delivered to the abductors of Ossai, but unfortunately, it was his corpse that was found and picked from the bush on Tuesday morning.

“He came home in a jalopy car to disguise himself from kidnappers. Yet, he ran into them (gunmen) at Itobe-Anyigba road.

“We picked his corpse this early morning from the bush,” a source in the family said.

When contacted, Police Public Relations Officer in the state, PPRO, William Aya, said the command was yet to get the details of the incident.

It would be recalled that another Kogi born oil worker based in Saudi Arabia, Ogacheko Atanu, was hacked to death during a visit home last year.

Insecurity has been a challenge across the country.