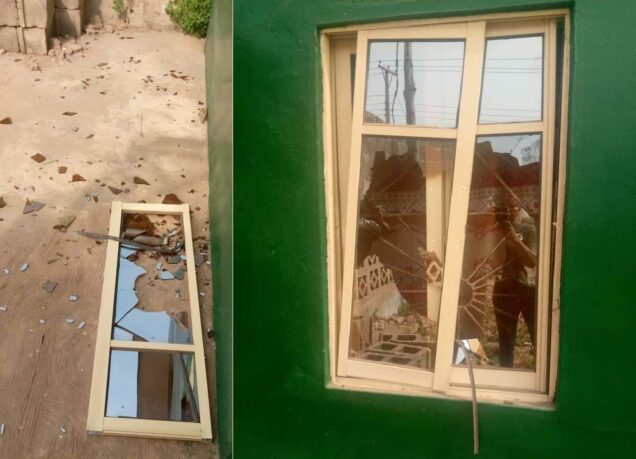 Former Gov. Ayodele Fayose of Ekiti has condemned the alleged attack on the Peoples Democratic Party (PDP) secretariat in the state.

Fayose, in a statement he personally signed and made available to newsmen in Ado-Ekiti on Thursday, called on security agencies to apprehend and prosecute the perpetrators and their likely sponsors.

He said that it was strange and ridiculous that anyone in the state could still be engaging in such criminal act.

According to him, this will be the last as far as PDP facilities are concerned.

“My attention has just been drawn to the attack on the Peoples Democractic Party (PDP) secretariat in Ekiti State by yet-to-be identified thugs.

“The police must unravel those behind it and be made to face the full wrath of the law.

“And to those behind this, they are reminded that nobody knows the end of violence and nobody has monopoly of violence too. They must be careful not to attempt it any further.

“This will be the last time such will happen to any PDP facility or our members in Ekiti, and those agents of violence and their sponsors, wherever they may be, are hereby warned.

“On this one, we have taken the hint and we won’t be intimidated by cowards,” he said.

When contacted, the Police Public Relations Officer in the state, Mr Sunday Abutu, said that his office had yet to be notified of the attack.

He, however, promised to get back when he might have been officially briefed.