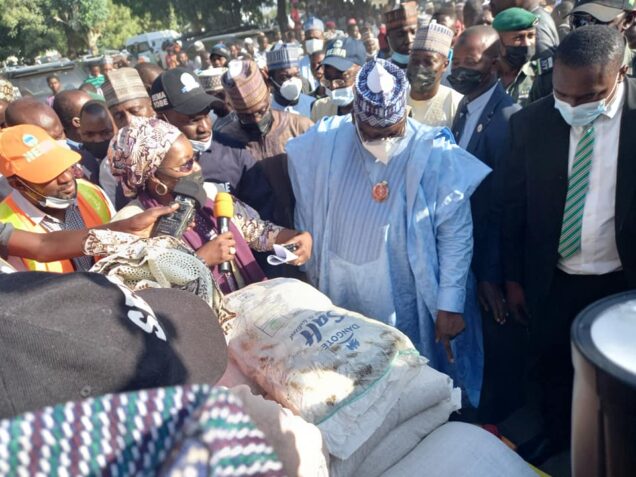 President of the Senate, Ahmad Lawan, has donated N10 million to victims of the fire incident at the Nguru central market, in Nguru Local Government Area of Yobe.

The National Emergency Management Agency (NEMA) also donated food and non-food items to mitigate the suffering of the victims of the fire disaster.

However, Lawan described the market as important to the entire people of the state and vowed that the government would investigate the fire to guard against future occurrences.

He said: “We are going to do everything possible within our limit to support our people, some lost their businesses because of the fire incident.

“When I heard about the fire outbreak, I immediately informed the Ministry of Humanitarian Affairs, Disaster Management, and Social Development.

“Therefore, the National Emergency Management Agency (NEMA) has brought some relief materials for you to cushion the effect of the incident.”

In her remarks, Hajiya Sadiya Umar-Farouq, Minister for Humanitarian Affairs, Disaster Management and Social Development, described the incident as unfortunate.

The minister said the relief items were meant to complement the effort of the Yobe Government in providing succor to the affected persons.