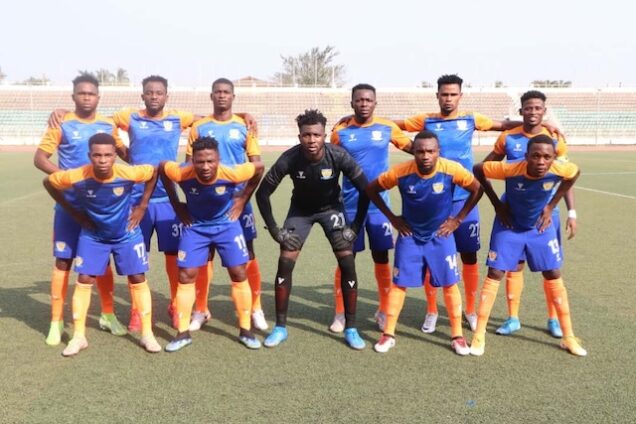 The League Management Company (LMC) has rejected the request by Sunshine Stars Football Club of Akure for the use of Akure Township Stadium for their home matches.

The company, in a letter to the club by Salihu Abubakar, its Chief Operations Officer, while acknowledging recent efforts to improve the stadium’s facilities, however pointed out that there were other concerns.

It said the primary concern was for the stadium’s synthetic pitch to be replaced, having been completely damaged by overuse.

The News Agency of Nigeria (NAN) reports that the LMC had earlier not certified the use of the stadium for league matches in the Nigeria Professional Football League (NPFL) 2021/2022 season.

Because of this, Sunshine Stars FC had been playing their home matches at the Dipo Dina Stadium in Ijebu Ode, Ogun.

Now, in this letter dated Jan. 13, the LMC acknowledged steps taken by Sunshine Stars to renovate the changing rooms for the home and away teams as well as that of match officials.

It noted however that the real work is in replacing the playing turf.

“We are delighted with the amount of work done as you reported on the dressing rooms —- home, away and match officials, as well as the repairs of sections of the perimeter fence.

“We also note that the Ondo State Government has started the process of approval for the total refurbishment and upgrade of the Stadium,” Abubakar said.

“However, we refer you to our earlier letter once again and reiterate that the primary concern is for the synthetic pitch to be replaced having been completely damaged by overuse.

“You will also recall that we received a firm commitment from your Commissioner of Sports that the pitch would be replaced last year, which made us to grant conditional approval for Sunshine Stars to use the stadium for last season,” he added.

Abubakar disclosed that LMC’s earlier refusal to give approval this time around was due to the state of the pitch.

“We are therefore unable to grant your request for clearance to play Sunshine Stars matches at Akure until the synthetic pitch is replaced.

“Sunshine Stars will therefore continue to play their home fixtures at the Dipo Dina Stadium in Ijebu Ode,” the LMC COO said.