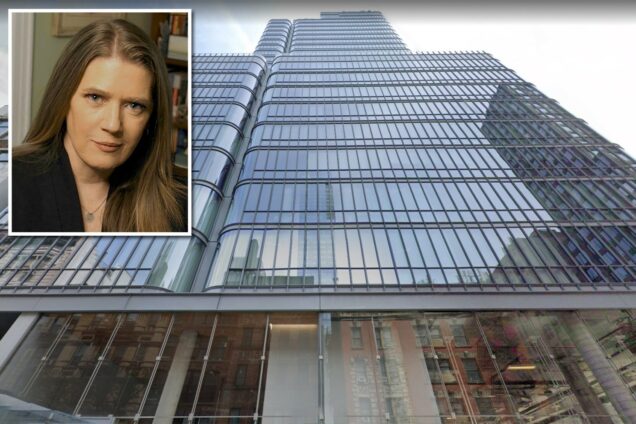 Mary Trump, the psychologist and niece of former President Donald Trump is finally getting into the luxury real estate game herself.

Mary in 2020 published a tell-all book on the Trump family accusing Trump and some family members of cheating her out of family inheritance.

The 56-year-old Trump’s book, “Too Much and Never Enough: How My Family Created the World’s Most Dangerous Man” book sold 1.35 million copies during its first week on sale.

The building, at 565 Broome St., stands just two blocks shy of The Dominick hotel on Spring Street, a property formerly known as the Trump Soho, which stripped the family name in late 2017.

The Journal notes the roughly 2,250-square-foot unit asked $7.8 million, and that Trump bought it from the developer. Marc Palermo, of Douglas Elliman, marketed the spread.

The unit, according to StreetEasy, runs 2,244 square feet, and comes with three bedrooms, three full bathrooms and a powder room.

There are 6-inch wide-plank white oak floors that span the entire apartment. Views look north and west to midtown and the Hudson River through floor-to-ceiling glass.

In 2020, Trump alleged that Donald and his siblings — Maryanne and the now-late Robert — “swindled” her out of tens of millions of dollars in inheritance.

Trump also fought her family in court early that year to publish the book, which included secretly recorded conversations with her aunt Maryanne in 2018 and 2019.