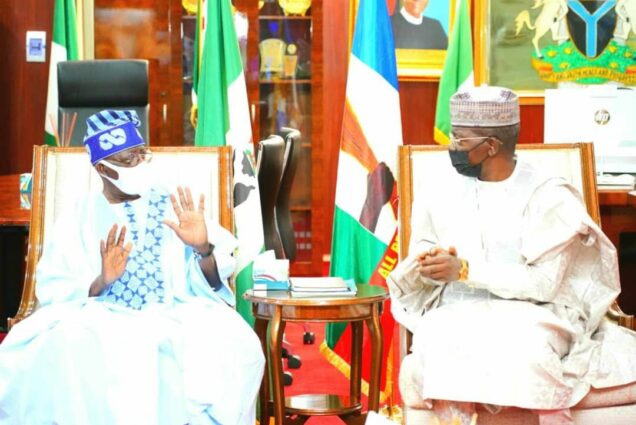 Tinubu and Matawalle during the visit

Tinubu visited the governor to commiserate with him on the attack by bandits.

Fleeing bandits opened fire on villagers in Zamfara and killed over 70 of them on January 9, 2022.

The former governor recently declared his interest to vie for the 2023 presidency after visiting President Muhammadu Buhari to tell him of his aspiration.

His declaration has elicited mixed reactions among Nigerians. While some are hailing him, others are saying he should leave the scene for the youths to take over.