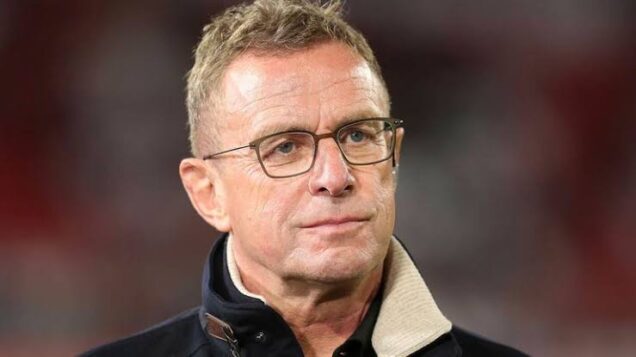 Manager, Ralf Rangnick has said that Cristiano Ronaldo may be available for Manchester United’s Premier League clash with Aston Villa on Saturday.

He said Jadon Sancho and Harry Maguire who have been sidelined with injury over the week may also be available for Saturday’s clash.

The aforementioned trio, as well as Phil Jones, all missed out on Monday through injury but Rangnick is hopeful they will be ready to return this weekend.

“I think they will be available,” Rangnick told the press.

“They only trained yesterday for the first time. Cristiano yesterday, Harry the day before yesterday. We have to wait for the final session this afternoon but as it seems right now they should be available for tomorrow [Saturday].”

It was widely reported earlier on Friday that Ronaldo would be a doubt for Villa clash after being forced to leave training early. The forward has been suffering with a hip problem of late and it was said that this was a separate issue.

Meanwhile, Sancho has been sidelined by muscular injuries while Maguire has been off field action due to a chest injury.