Ronaldo limps out of Manchester United training ahead of Villa clash 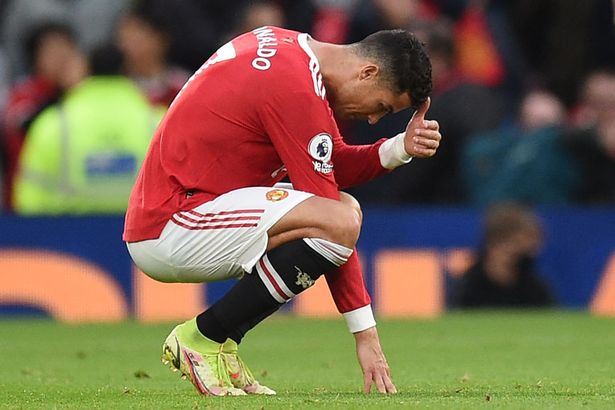 Cristiano Ronaldo: I’m not happy with what we’re achieving in Manchester United

Cristiano Ronaldo was forced to leave Manchester United training early on Thursday after he was injured.

Reports indicated that the Portuguese has been dealing with a hip problem in the build-up to Monday’s FA Cup victory over Aston Villa which saw him left out of the squad.

But the injury wasn’t seen as something serious.

According to The Sun, he was soon back in training after shaking off that issue but has since picked up a new knock which left him unable to complete the session on Thursday.

Club doctors looked at Ronaldo before sending him home early, and his involvement in Saturday’s Premier League clash with Villa now looks to be in doubt.

With Ronaldo unavailable for the cup clash with Villa earlier this week, manager Ralf Rangnick opted to shift from his favoured 4-2-2-2 formation and instead went for a 4-2-3-1 with Edinson Cavani up top alone.

He could stick to that for the league meeting between the two sides on Saturday or opt to play Mason Greenwood in his natural position alongside Cavani in attack.