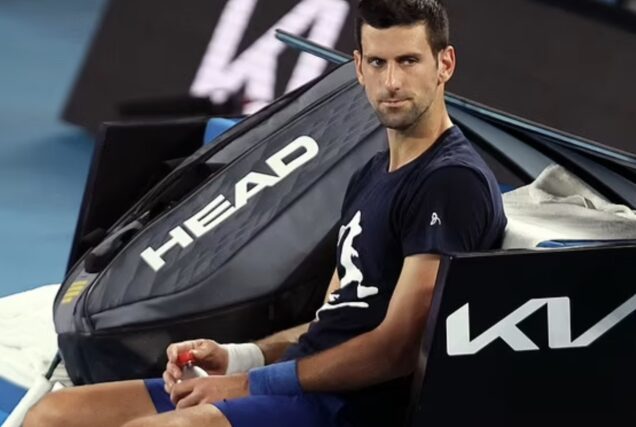 Tennis superstar Novak Djokovic has renewed legal action against the Australian Government after his visa was cancelled for the second time on Friday.

According to The Age newspaper, preliminary directions hearing was listed in the Federal Court at 8.45pm on Friday night, with the proceedings to be streamed on the court’s YouTube channel.

Djokovic’s legal team was reportedly told of his visa cancellation 20 minutes before the media.

The appeal process is expected to be completed by Sunday.

If it fails, Djokovic will be deported.

The cancellation means Djokovic could be barred from a new Australian visa for three years, except under certain circumstances.

Immigration Minister Alex Hawke used his discretionary powers to cancel Djokovic’s visa Friday, four days after the federal government had backed down on sending him home.

Officials said the world No. 1, who is unvaccinated for COVID-19, may pose a risk to the community, dashing his hopes of competing for his 21st grand slam.

Shortly after the announcement, Prime Minister Scott Morrison released a statement saying ‘Australians have made many sacrifices during this pandemic, and they rightly expect the result of those sacrifices to be protected.

‘This is what the Minister is doing in taking this action today.’

But the Serbian’s lawyers fought back, arguing in court on Friday night that Hawke cancelled Djokovic’s visa on the grounds his presence in the country might excite anti-vaccination sentiment, and not because he was unvaccinated.

He said the legal team wanted the challenge to the player’s visa revocation to be heard on Sunday, so that he could play in the Australian Open on Monday should the challenge be successful.

Mr Wood requested the injunction against the Serbian’s removal and appealed for him to be allowed to stay out of immigration detention as the case proceeds.

‘We are very concerned about time,’ Wood told the emergency hearing. The government told Djokovic’s lawyers it had no intention of detaining him tonight.

At the emergency hearing, government lawyer Stephen Lloyd told the judge that the government would not detain Djokovic before an interview with immigration officials on Saturday morning and he would not be deported before his case is heard.

The case is being heard by the Australian judge Anthony Kelly who blocked Djokovic’s deportation.