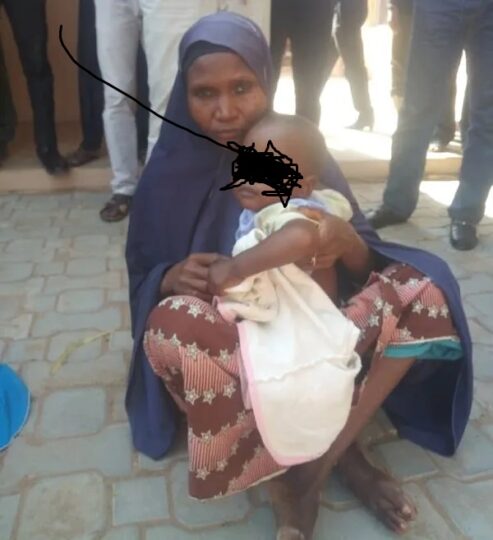 The Police in Zamfara has arrested one A’isha Ibrahim with a 2-year-old baby boy whom she was planning to sell off at Gusau, the state capital.
Ibrahim was among suspects paraded by Zamfara Police Commissioner, CP Ayuba Elkana at a press in Gusau on Thursday.

She was paraded alongside the two year old boy

While confessing to the crime, Ibrahim said the child she wanted to sell is the son of her co-wife.

She added that she wanted to sell off the boy in retaliation for alleged theft and sale of her own son by the co-wife.

Elkana said the suspect will be handed over to relevant authorities after investigation for further action.

The Police Commissioner also paraded weapons recovered after a gun duel between police operatives and suspected hoodlums while repelling attack at locations in Gummi, Bukkuyum, and Maru local governments said.