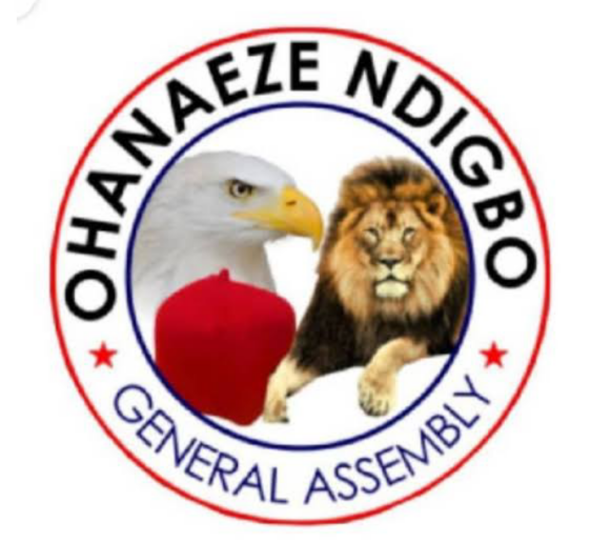 Ohanaeze Ndigbo General Assembly Worldwide has warned other groups to stop issuing statements in its name threatening the country, other tribes and regions over the quest of the Igbo people for 2023 presidency.

The group, in a statement by its Director General Strategic Planning and Implementations, Ambassador Chiemelu Obizoba on Friday, affirmed that its position on the 2023 general elections is that the Ndi Igbo should build bridges and consult widely within the various divides.

The group said the quest of the Southeast for the presidency will not be achieved by asking those that have declared interest to drop their interest and wait for Ndi Igbo to come and present its candidate.

“We urge our people that if we must have a stake in the project called Nigeria, then we have to begin to build bridges with immediate effect. We have to build a wider consultation from the stakeholders of Ndigbo.

“Ohanaeze Ndigbo is urging all stakeholders to unite as one, dialogue and consult widely with the North and West to be able to establish their presence and cordial relationship before talking of attaining any certain position.

“As for us, we will continue to urge our leaders to build bridges and consult widely with the various divides to be able to discuss, if actually we want this project Nigeria to succeed.

“This is because, you cannot talk of Nigeria project and then you say you don’t want to talk to the North or the West. It means you are just talking to yourselves, it is not done. A paradigm shift now is a must.

“So, we are not going to play along with the other group of people calling themselves Ohanaeze Ndigbo and who are asking those that have declared interest to run for presidential seat to drop their ambition.

The group, which said the statement is the first it is issuing for year 2022, also warned other groups against issuing statements in its name with getting its endorsement.

“Conscious of the fact that this statement being our first in 2022, we have risen to be specific this year by announcing to Nigerians home and abroad that it will no longer be tolerated that some people would issue statements or make comments and attribute them to Ohanaeze Ndigbo without the Ohanaeze Ndigbo General Assembly Worldwide endorsing them.

“Those comments cannot stand and so should be disregarded because those issuing them in the name of Ohanaeze Ndigbo are not legitimate body to speak for or direct the affairs of Igbo people.

“Having been through the many discrepancies resulting from the cacophony of voices and which has had adverse effect on the fortunes of the race, we are hereby making it clear to Nigerians and constituted authorities in the country to know that the only legitimate body that can speak on behalf of Ndi Igbo in terms of matters of importance is the Ohanaeze Ndigbo General Assembly Worldwide being the one registered by Corporate Affairs Commission (CAC) and so recognised by law to do so.

“From the foregoing, we notice that people are battling from all angles to hijack this Ohanaeze Ndigbo for their own selfish interests and this is happening especially from the illegitimate groups and some of the few governors trying to outshine the legitimate body that is Ohanaeze Ndigbo General Assembly Worldwide.

“We will, however, not allow them to do so, whoever intends to do business with Igbo should know that, transacting with illegitimate such groups means being on one’s own,” Obizoba said in the statement.