Aussie Kyrgios backs Djokovic: He is not a threat, here to play tennis 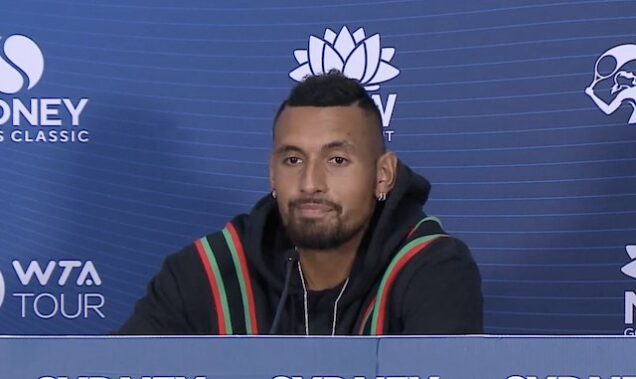 Embattled Tennis World Number one, Novak Djokovic has gotten support from Australian star, Nick Kyrgios, who said his government is giving the Serb a raw deal.

Not only that, Kyrgios said he wants Novak not only to play the Australian Open, but to win it and he will be cheering him onto do so.

Djokovic, who has won the tournament a record nine times, is now being detained in an immigration Park Hotel in Melbourne, following the cancellation of his visa, for the second time by the Australian authorities.

“Although I … accept that Mr Djokovic poses a negligible individual risk of transmitting COVID-19 to other persons, I nonetheless consider that his presence may be a risk to the health of the Australian community,

But Kyrgios thinks that the official line is sheer baloney.

He even likens Djokovic to the false Western lie about the existence of Weaapons of Mass Destruction in Iraq, the reason for the invasion.

“Djokovic is like he’s a weapon of mass destruction at the moment. He’s here to play tennis, he’s not doing anything to anyone”, Kyrgios said in an interview with No Boundaries Podcast..

‘Imagine how stressed his family would be. It’s like a fucking joke now.’

‘People think he is here for selfish reasons. He is playing tennis at the highest level FOR millions of fans. He is trying to put on a show for you. Give him support. If Nadal was in this situation, he would look to his fellow athletes, like “help me”.’

‘I want #Djokovic to win the event, I want to walk around Melbourne Park with my IDEMO T-shirt and Novak mask.’

‘Sport is supposed to unite people. People from different countries come together to compete, no matter what colour or race you are… it’s a joke. The media has ruined the sport. By dividing people and turning it into this.’

‘If people support him, the media will fuck it up anyway. They have so much control. Somebody could say something nice about Novak and it wouldn’t be aired. They want to make it a shitstorm. I was getting millions of hate messages when I stood up for.’ #Djokovic’

“On a human level, he needs support from other players. Tsitispas, I get you have your views on vaccination. Murray, we can always count to say the right thing, Nadal whatever… But bro, where is your support for the guy?

“Novak has reached out to me personally on IG saying “thank you for standing up for me”. I was not the one he was expecting to go out in the media and have his back”, Kyrgio said

Nick Kyrgios: ‘People think he is selfishly here. He is here to play tennis at the highest level – to put on a show for million of fans.’#djokovic pic.twitter.com/romUZ6sHGM