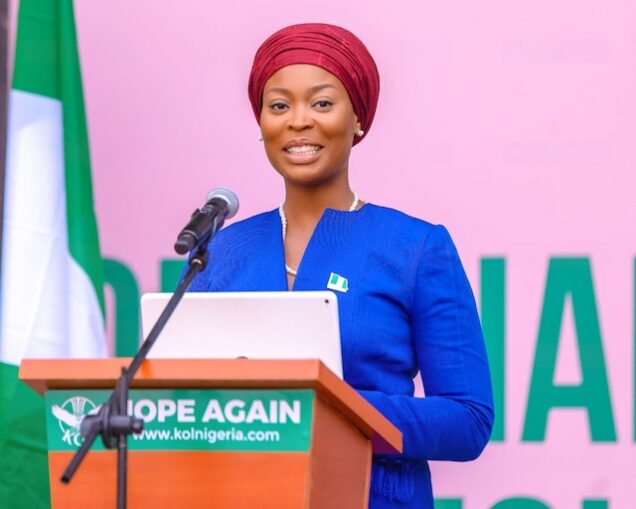 Nigerian woman Khadijah Okunnu-Lamidi has announced a bid for the 2023 Presidency, but for now she has no political party of her own.

She said she is open to be adopted by a political party for the race.

According to her, as president she would tackle the problems of hunger, poverty, insecurity, ignorance and idleness of youths.

Her declaration is drawing plaudits on Twitter, with commenters noting the formidable hurdles she faces.

“I’m puzzled at how she’s going to achieve this. Our laws do not provide for independent candidacy. Anyway, I admire her courage to want to contest”, writes Atom Ant @dyepkazah.

“We love your courage, good luck to you Khadijah Lamidi”, said a Twitter account with the name A Great Nigeria is Possible.

“Thank you ma’am for your courage, you’ve awoken the dead hope in me.I can now go for it”, Oyindamola wrote.

Hudung D, tweeting as Favourite also commented: “I think this is the way Forward. Your level of corruption should not be your qualification to run”.