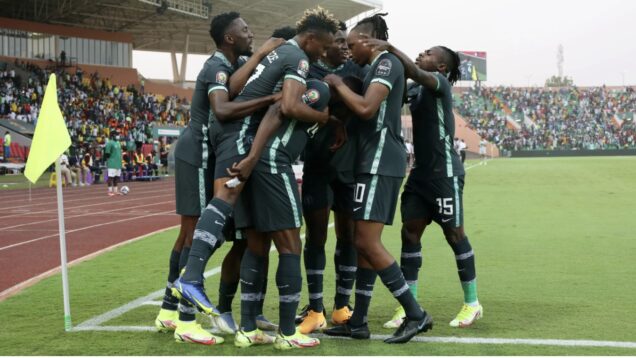 Coach Augustine Eguavoen said the Super Eagles will play Sudan’s Falcons of Jediane in their second group game of the Africa Cup of Nations (AFCON) with utmost respect.

Nigeria will take on Sudan in their second Group D game of the AFCON, at the Stade Roumdé Adjia in Garoua on Saturday.

Eguavoen told newsmen during the pre-match conference on Friday that the Sudanese were not pushovers and would be treated as such, adding that consolidating on the victory against Egypt, was the ultimate goal.

“I cannot look down on anybody, if you do that, you will be making a very big mistake.

“So, the Sudanese team will not be an exception. We will approach them the same way we did against Egypt.

“They are a respected side and not a weak side at all. We will play them with utmost respect.

“Every game comes with a different plan. Sudan are not pushovers and more so, they are on one point and we have three points.

“We want to consolidate on that, while they will be pushing harder to have a chance to qualify,” he said.

On the tactics he would deploy against the Sudanese, the coach was rather subtle in his response, saying that he expected his opponents to raise their game and his team, to respond accordingly.

“We have discussed as a background room staff and the entire team together.

“As we studied Egypt, the truth is that it is never going to be perfect, but there will always be loopholes and the ability to read the game and get a good result matters,” he said.

The gaffer showered praises on his team, adding that the difference between the present Super Eagles and the former, was about the freedom the boys now had to express themselves.

“The boys deserve a lot of credit and praises, because when an instruction is given, they carry it out to the latter and they don’t need too much reminders.

“So that makes it a little bit easier, for me and the coaching crew.

“We haven’t actually done anything differently. It is the same personnel, but it is just about the freedom.

“Feeling free to express themselves and they see me as their father, brother and friend.

“Confide in me but don’t take advantage of me being too gentle and everyone understands that, including the players and of course, the backroom staff,” he said.

On the hype of the Super Eagles being favourite to win the AFCON title, Eguavoen noted that it was too early to draw such conclusions.

“It is hard to say, because it is a marathon. It is only the first game and like you all know Egypt are seven-time African champions.

“They are not pushovers. They are a very strong team and whoever thinks that Egypt are not a strong side, he or she is making a big mistake.

“Yes, we were able to neutralise them, we were lucky at some point as well. We played very well which is very good, credit to all the players.

“But to talk about being favourites now, I think will be too early.

“We are going to look at the next game and approach it with all seriousness and a lot of respect as well and after crossing that hurdle, we will then look toward the next game,” he said.

Egypt who currently sit at the bottom of Group D table with no point, would be looking for redemption, when they take on Guinea Bissau from 8.00 p. m.

Nigeria and Sudan are meeting for the third time at the Africa Cup of Nations, but it’s their first encounter at the tournament for 46 years.

Following a draw in their opening match against Guinea-Bissau (0-0), Sudan have managed just one win in their last 14 Africa Cup of Nations games (D6 L7), dating back to the 1972 edition.

Nigeria won their opening game (1-0 against Egypt) to an Africa Cup of Nations for the second tournament running, having failed to win their first match in four of their previous five appearances (W1 D1 L3).

The Super Eagles are looking to win their opening two matches to an Africa Cup of Nations in consecutive tournaments for the very first time.