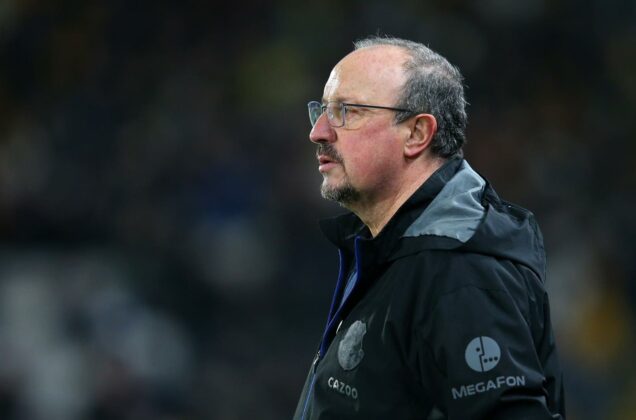 Rafael Benitez has been sacked by Everton Football Club after just six months in charge of the Premier League club.

The club announced the decision on Sunday with just three sentences.

The statement, was, however, far from the usual announcements that come with the “Thank you for your service” phrase.

“Benitez, who joined Everton in June 2021, has left the club with immediate effect.

“An update on a permanent replacement will be made in due course.”

Benitez was dumped after a dismal run of nine defeats in Everton’s last 13 league matches, culminating in a 2-1 loss at lowly Norwich on Saturday.

Everton fans had made clear their desire for Benitez to be axed during the limp loss at Norwich.

They chanted for his dismissal and held up a banner reading ‘Benitez get out of our club’, while one supporter invaded the pitch in an attempt to confront the former Real Madrid boss.

Everton held an emergency board meeting on Saturday evening to discuss Benitez’s future, with the talks leading to his departure on Sunday.

Benitez had infuriated Everton fans by describing them as a “small” club during his time at Liverpool, who he led to a Champions League final triumph against AC Milan in 2005.

Last month, Moshiri stood by Benitez, claiming the 61-year-old would be given time to get things right with new signings and injured players coming back.

But Everton’s results have shown no signs of improving and, with the mood among the fans increasingly toxic, it was clear Benitez would have to go.