I am the governor of Cubana Empire - Obi Cubana 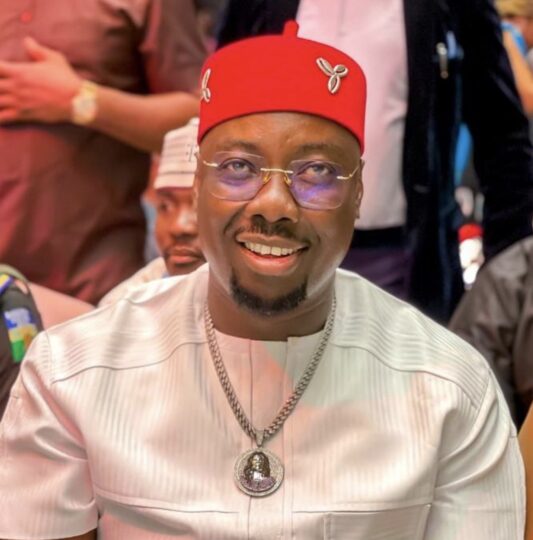 Nigerian billionaire socialite, Obi Iyiegbu, popularly known as Obi Cubana, has said he has no interest in politics or running for governorship.

The club owner was asked if he has any ambition for politics, Cubana said: “I have zero interest in politics. I don’t have ambition to be a governor or anything, I just like being my brother’s keeper.

When asked who he’ll endorse for presidency in 2023, Obi Cubana said he does not like to disclose that in public as his vote is personal, and he wouldn’t like to influence others’ choice.

“I have just one vote and who I’ll give it to is a personal choice, the public does not need to know.

“I don’t even interfere in my staff’s vote because it’s a personal electoral choice,” Cubana said.

Obi Cubana was on Thursday also grilled for about five hours at the Abuja headquarters of the National Drug Law Enforcement Agency, NDLEA after suspicious payments were made into Cubana’s account by three convicted drug dealers from Malaysia, Nigeria, and India.

He later revealed that he was in detention of the NDLEA for four days and three nights.

Obi Cubana became popular in 2021 during his last year’s high-octane burial for his mother in Oba town, Anambra State.

Shortly after the burial, he was questioned by the Economic and Financial Crimes Commission (EFCC) in November 2021 and accused of being a “picker” for internet fraudsters.

The Cubana boss, however, maintained that he made money from a contract to furnish houses and another from the Pipelines and Product Marketing Company (PPMC), a unit under the Nigerian National Petroleum Corporation (NNPC).