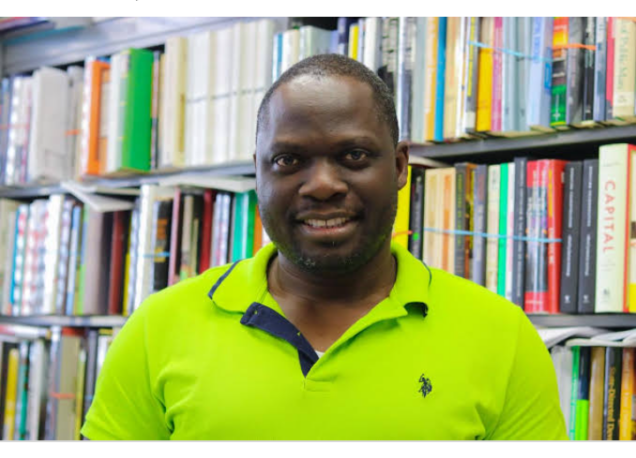 The Council on Foreign Relations (CFR) has announced the appointment of Professor Ebenezer Obadare. He is now its Douglas Dillion Senior Fellow for Africa Studies on its David Rockefeller Studies Programme. Obadare, according to CFR, ”will research and write on US relations with Africa and issues related to political, economic, social, religion, and cultural development in Africa.”

When the prestigious American Think Tank marked its 100th anniversary last year, it restated clearly the core ideas and ideals of its founding fathers. That is, to keep producing quality and policy-relevant scholarship and to increase public understanding of the world. This is by providing analyses and their contexts in ways that will inform America’s foreign policy choices.

Before this big job, Professor Obadare  worked for 15 years at the University of Kansas, Lawrence, USA, where he rose from Assistant Professor to full Professor. After his bachelor’s and master’s degrees in History and International Relations at the Obafemi Awolowo University, he worked between 1993 and 1995 with TheNEWS and TEMPO magazines as one of its staff writers on politics and current affairs. He was at once combative, witty and analytical. He went from there to the London School of Economics and Political Science for his PhD on Social Policy which he completed with distinction.

He has written very lucid and insightful books on human rights, state power, citizenship, religion, sexuality and governance. These books include ”Pentecostal Republic: Religion and the Struggle for State Power in Nigeria”, “Humour, Silence, and Civil Society in Nigeria”, “Pastoral Power, Clerical State: Pentecostalism, Gender, and Sexuality in Nigeria”, “Governance and the Crisis of Rule in Contemporary Africa: Leadership in Transformation”. He has also edited and co-edited several books and journals, with other scholars, particularly with his friend and collaborator, Professor Wale Adebanwi, who, incidentally, just moved last July, from Oxford University to the University of Pennsylvania.