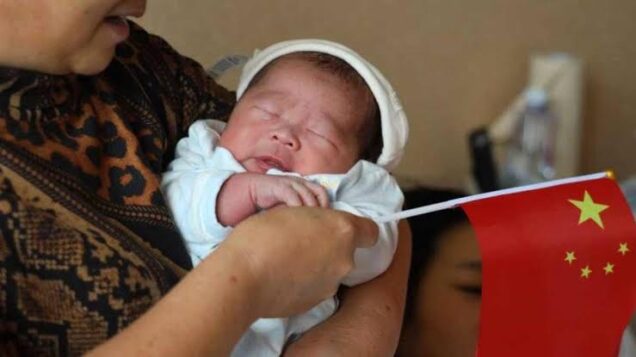 The birth rate in China dropped to a record low of 7.52 births per 1,000 people in 2021, the country’s National Bureau of Statistics said Monday.

China has a total population of 1.41 billion people, according to the data released on Monday.

The lifting of the former one-child policy in the world’s most populous country led to only a slight increase in births in 2016.

But the number has continued to fall every year since then.

On Monday, the statistics office named the Coronavirus pandemic as one of the reasons for the renewed decline in births.

But women’s habits have also changed.

Experts have long pointed to the high costs of housing, education and healthcare, and people’s dwindling willingness to get married as reasons behind the drop in birth rate.