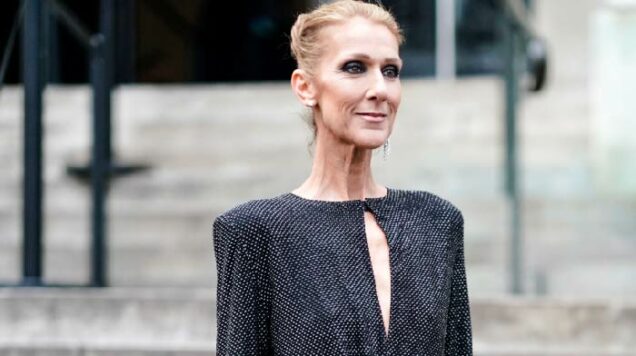 Legendary singer Celine Dion is famous not only for releasing hits after hits but also for romanticising love in many number one international hits such as:”” “The Power of Love”, “Think Twice”, “Because You Loved Me”, “It’s All Coming Back to Me Now”, “My Heart Will Go On”, and “I’m Your Angel”. And over the years not only did she lyricise love, she has lived it.

However, since she lost her husband René Angélil six years ago, she has never fully recovered from that loss. Dion and Angélil were married for 22 years before he died in 2016 following a battle with throat cancer.

Dion’s grief, many believe, may be having negative effects on her health. And because of that the legendary singer has been forced to cancel her current US Courage tour twice.

The tour was supposed to take place between 9 March and 22 April 2022.

According to a press release posted to her website, the 53-year-old singer was forced to scrap the shows by ‘severe and persistent muscle spasms,’.

Her announcement comes three months after she had to cancel the start of her Las Vegas comeback residency over the same health issue.

Celine also took to her Facebook account to express concern over her health. “I was really hoping that I’d be good to go by now, but I suppose I just have to be more patient and follow the regimen that my doctors are prescribing.

“There’s a lot of organising and preparation that goes into our shows, and so we have to make decisions today which will affect the plans two months down the road.

“”’ll be so glad to get back to full health, as well as all of us getting past this pandemic, and I can’t wait to be back on stage again. Meanwhile, I’ve been very touched by all the words of encouragement that everyone’s been sending to me on social media. I feel your love and support and it means the world to me.”

This is not the first time the legendary singer has been forced to cancel her tour, citing persistent health problems. After a pause due to the pandemic, Dion had been scheduled to resume her world tour in November 2021 with a slate of performances in Las Vegas. Those dates were cancelled in October after she began “experiencing severe and persistent muscle spasms,” she said at the time on Twitter.

The singer had hoped to continue the tour in March, starting in Denver and traveling over two months to 15 other cities across the United States and Canada. Those dates are now also canceled, due to “her recovery taking longer than she hoped,” explained Dion’s management in a press release accompanying her tweet.

Still, ever since she lost her husband who was also her manager six years ago, she hasn’t been the same. At every anniversary of his death, she has always taken to social media to pay emotion-laden tributes to him.

This year is not an exception. On Friday 14 January, the “My Heart Will Go On” singer shared a touching tribute to Angélil — who died at age 74 .

“I would be lying if I said I’m fine, I think of you at least a hundred times, cause in the echo of my voice I hear your words just like you’re there… I miss you – Céline xx…” she wrote in the caption.

The singer repeated the first portion of the phrase in a second paragraph, but replaced “I miss you” with the French translation “Tu me manques.”

Last year, Dion shared a tribute similar to Friday’s post to honour the fifth anniversary of Angélil’s death in 2021. Instead of lyrics, however, the “All by Myself” artist offered a personalised message to her late love.

“René, it’s been 5 years already… There’s not one day that we don’t think about you,” she wrote in the caption alongside a black-and-white photo of herself and Angélil holding hands by the ocean.

That same day she penned another tribute to her late husband on Instagram: “We’re reaching out to you now more than ever, to guide us, protect us, and continue to watch over us,” Celine wrote in part. “And we pray that you’ll shine your love on the entire world, to all those at this very moment, who are facing incredibly difficult times. You are in our hearts and in our lives forever

Though they first met when Dion was 12 and Angélil 38, they went public with their relationship shortly before getting engaged in 1993 on the “Power of Love” singer’s 25th birthday. The couple wed in December 1994 and remained married until Angélil, who was previously Dion’s manager, died in 2016.

Dion and Angélil had three sons together during 22 years of marriage: René-Charles, 21, and twins Nelson and Eddy, both 11. Dion opened up about life after losing a husband and a father in a May 2021 interview on Today.

“I feel like René has given me so much through the years and still today,” she said at the time. “I see my kids. I look at them — we live with him. We still live with him. He’s part of our lives every day, so I have to say that I feel very, very strong.”

Earlier in the interview, Dion said dating someone new wasn’t on her mind. “Right this second, love is so big right now in my life, with my kids, with life itself,” she said. “I’m not thinking about a relationship and falling in love again. I don’t. Do I have to say that it will never happen anymore? I don’t know. I don’t know.”

Dion made similar comments in a separate interview with Today in September 2019 shortly before releasing her aforementioned single “Courage,” which tackles losing a loved one.

“I don’t date. I’m not ready to date,” she admitted on the show. “I’m so lucky to have so many people surround me who make me laugh, but I miss to be touched. I miss to be hugged. I missed to be told I’m beautiful. I miss what a boyfriend and what a husband would do.”

However, Dion said her late husband was often on her mind. “Before I talk, he goes through my mind ‘Would he do that? Is it too edgy? Would he be approving that?’ I believed in him so much and I still do,” she explained.

“There’s a point where he’s not here anymore,” the star continued. “I have to take charge of my life.”