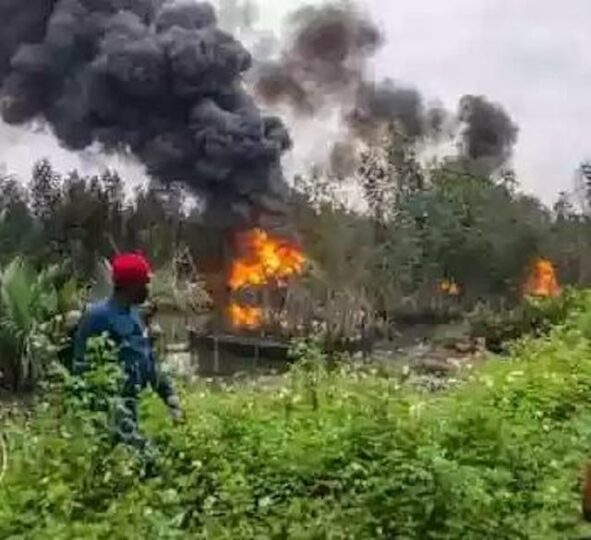 Chairman of Obio-Akpor Local Government Council, George Ariolu and his counterparts, at the weekend, smashed depots used for the storage of illegally refined petroleum products.

Storage facilities uncovered by the Obio-Akpor council boss team are located at Ogbogoro and Eligbam communities.

Ariolu restated that the soot menace is a battle for everyone and not for government alone to tackle.

He accused some security personnel of aiding and abetting those involved in the pollution of the environment through their collaboration.

Anyanwu was accompanied by security agencies and members of the Etche Local Government TaskForce/Oil Bunkering to the illegal oil dump sites.

He gave an assurance that his administration will continue to rid the area of illegal crude oil refiners in ensuring a safety and healthy environment for the people.

The Etche Council Chairman directed the committee in-charge of oil bunkering to collaborate with the security agencies in fishing out anyone who might be involved in illegal oil refining.

Also to be target, he said, are those using Etche as a route to transport their illegal refined products to neighbouring states.

In Eleme local government area, an enforcement team was led by the Chairman, Obarilormate Ollor.