Why people cry when they slice onions, how to avoid it 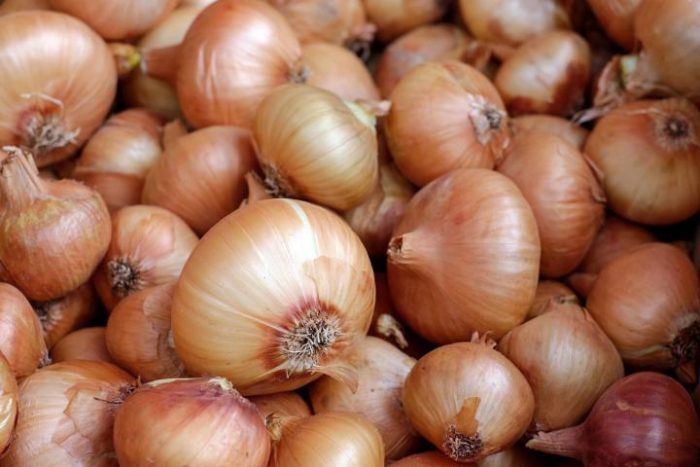 Onions are a staple in many households all over the world. But their coveted flavour comes at a price: Whoever chops them may soon feel tears running from his burning eyes.

But why does slicing onions make you cry? Livescience.com explains:

The culprit is called the lachrymatory factor, a chemical that irritates the eyes. When the onion is intact, a group of compounds called cysteine sulfoxides are kept separate from an enzyme called alliinase.

But when you slice, dice or crush the onion, the barrier separating the compounds and enzyme is broken. The two come together, setting off a reaction: The alliinase causes the cysteine sulfoxides to become sulfenic acid.

“Sulfenic acids are not very stable,” so they must change into something else, said Josie Silvaroli, a doctor of pharmacy doctoral candidate at The Ohio State University and first author of a 2017 study in the American Chemical Society’s journal ACS Chemical Biology about the lachrymatory factor.

In an onion, the sulfenic acid has two options. Option one is that it can spontaneously condense, a reaction within itself, and become an organosulfur compound. Organosulfur compounds are what give onions their strong smell and flavour. A similar reaction happens in garlic, which is why it also has such a pungent flavour, Silvaroli said.

But option two for the sulfenic acid is unique to onions and a couple other alliums, or a genus of flowering plants that produce vegetables such as onions, garlic, scallions and shallots. Another enzyme, called lachrymatory factor synthase, that’s been hiding out in the cell comes into play and rearranges sulfenic acid into the lachrymatory factor.

The lachrymatory factor is a volatile liquid, meaning it turns to vapour very quickly, Silvaroli said. That’s how it reaches your eyes and irritates sensory nerves. “Your eyes start tearing up to get rid of the irritant,” Silvaroli told Live Science.

It’s likely that both the organosulfur compounds that give onions their intense flavor and the tear-inducing lachrymatory factor evolved as defense mechanisms, Silvaroli said. They are meant to stop insects, animals or parasites that might damage the onion plant.

How to beat onion tears:

If burning tears are more than you can bear, you do have options. Bon Appetit recommends you wear goggles or a face shield to protect your eyes. (Contact lenses also offer a barrier against lachrymatory factor.) Using a sharp knife, which damages fewer cells and creates less “tear gas” than a dull knife, may also help.

There are also efforts to create tear-free (or at least fewer-tear) onions. The Sunion, whose cultivators describe it as “sweet and mild,” was developed using crossbreeding techniques to be less pungent.

But Silvaroli is wary; because the compounds responsible for lachrymatory factor are the same flavorful organosulfur compounds that give onions their distinct taste, reducing the cry factor could also dull the onion’s flavor.

For now, Silvaroli said, “If you want that flavour, you might need to suffer through some burning.”