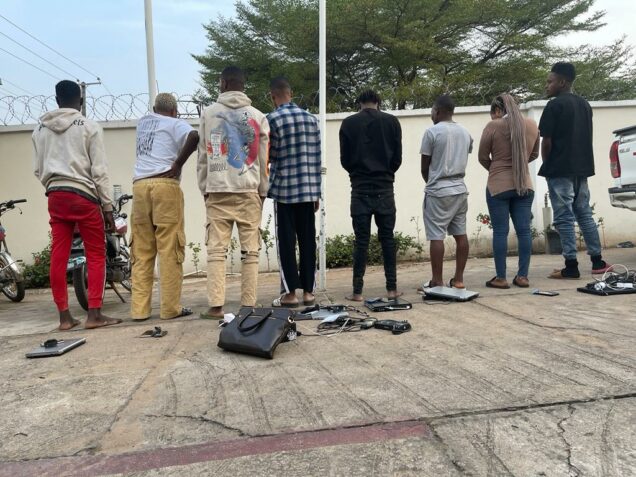 A statement issued by Wilson Uwujaren, EFCC’s spokesman, said the suspects were arrested on Wednesday, January 19, 2022 during an operation by operatives of the Commission in Makurdi, Benue State.

He said the suspects would be charged to Court as soon as investigations were concluded.

The feat is the first major breakthrough for the EFCC in 2022.

The commission arrested thousands of internet fraudsters in 2021 with lots of them convicted.