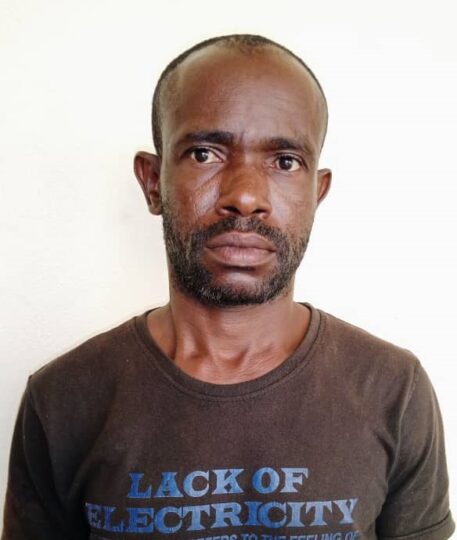 An oil thief, Francis Ezeakolam has been convicted and sentenced to two years imprisonment for illegally dealing in petroleum products without an appropriate licence.

The charge reads, “that you Francis Ezeakolam on or about the 9th May 2021 at Port Harcourt, Rivers State within the jurisdiction of this Honourable Court did deal in petroleum product, to wit: 1,600 litres Automotive Gas Oil (AGO) conveyed in a Volkswagen bus with registration number WER 473 ZZ which is not of good quality contrary to Section 1 (18) (ii) of the Miscellaneous Offences Act, Cap M17, of the Revised Edition (Laws of the Federation of Nigeria) 2007 and punishable under Section 18 (1) (ii) of the same Act”

He pleaded “guilty” when the charge was read to him.

In view of his plea, prosecution counsel Ebiriukwu Deborah, led Prosecution Witness 1, Assistant Superintendent of the EFCC, Olawuyi Ridwan, to review the facts of the case.

Ridwan told the court that, the defendant was arrested on May 9, 2021, through verified intelligence by operatives of the EFCC in an anti-bunkering operation around Borikiri/Aggrey Road, Port Harcourt, Rivers State for illegal dealing in petroleum products without an appropriate license.

Counsel to the defendant, Francis Echiane prayed the court to temper justice with mercy, stressing that the defendant “is a first-time offender and does not have previous criminal records. In addition, he has learnt his lessons. He is married with children. His wife and children will have no one to provide for them.”

Justice Obile convicted and sentenced the defendants to two years imprisonment with an option of a fine of Two Hundred Thousand Naira (N200,000.00).

He ordered that the 1,600 litres of illegally-refined Automotive Gas Oil (AGO) be forfeited to the Federal Republic of Nigeria and subsequently destroyed.

He also ordered that the evidence of destruction of the forfeited products be filed in the court.

This is in addition to an undertaking of good behaviour to be signed by the convict.