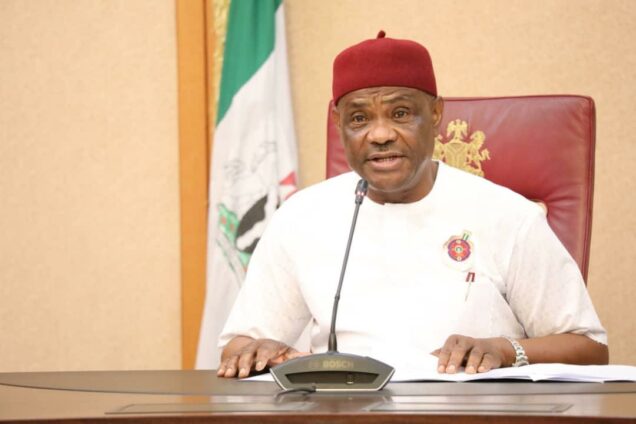 Rivers Governor, Nyesome Wike would be meeting with local government chairmen, the state police commissioner and Commandant of the Nigeria Security and Civil Defence Corps (NSCDC) on Wednesday.

Although the purpose of the meeting remains unknown, however, it may be centered around black soot emanating from activities of illegal refineries which has been a problem bedeviling the state.

Special Assistant to the Rivers State Governor on Media, Kelvin Ebiri, confirmed the meeting in a statement on Tuesday. However, he also didn’t state the purpose of the meeting.

The state government had in the past few weeks carried out multiple raids on sites of illegal refineries while some of the operators have been arrested.

Wike had also alleged that security operatives were involved in operation of illegal refineries in the state.

The Governor had specifically accused a Divisional Police Officer (DPO) of owning one of the illegal refineries.

Governor Wike demanded the redeployment of the alleged DPO from Rivers State. “He must leave this state. I can’t be governor here and the security man owns an illegal refinery. No, it is not possible. The man has to go. Take him to wherever they allow bunkering,” Mr Wike said.

The meeting with the governor on Wednesday will hold at the Government House, Port Harcourt, the Rivers State capital.