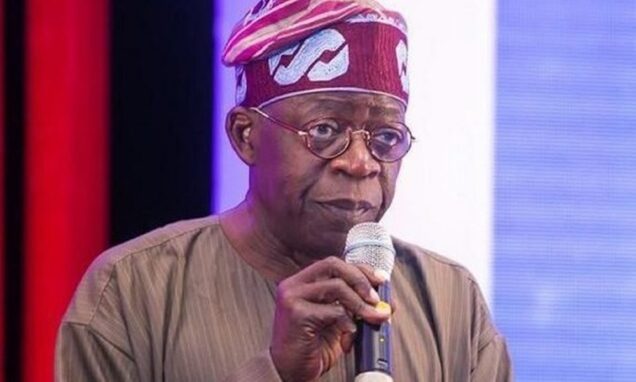 Bola Ahmed Tinubu who recently declared that he would contest the 2023 presidential election has disclosed the theme of his campaign.

He said it will be about ‘Breaking Shackles.’

He spoke in a viral video on social media addressing women, who are members of the All Progressives Congress.

The former Lagos governor promised that his administration if he eventually emerges would pay for students West African Examination Council Exams (WAEC).

“Your children’s West African Examination Council Exams fee is paid by us, so that no matter how poor, they are not left behind”.

“We need stability in the country, we need peace. Peace and end to banditry is extremely important because women are the first victim, the most vulnerable victims of banditry, violence and instability.

“Without peace and stability, we can’t build the nation as rapidly as we want.

Tinubu last week Monday formally declared his intention to run for the country’s president in 2023 after he met with President Muhammadu Buhari.

“You will soon hear. All you want to hear is the categorical declaration. You’ve gotten that truth from me that I have informed Mr President of my ambition, and you don’t expect more answers than that,” he said.