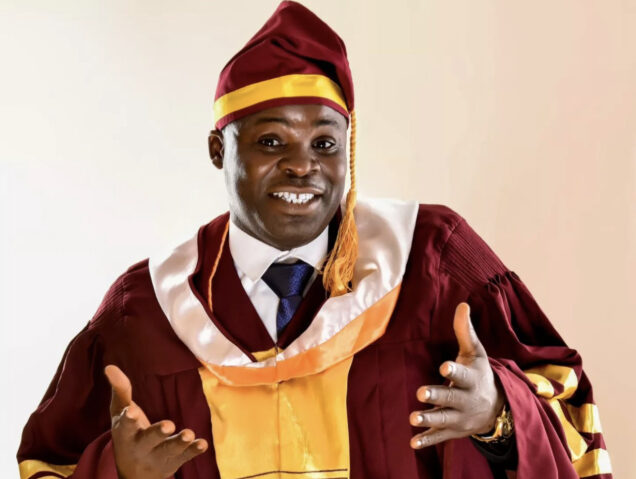 Nollywood actor, Muyideen Oladapo, popularly known as Lala has bagged his second degree from the University of Lagos.

The Yoruba movie star, shared pictures from the convocation ceremony held on Thursday on his Instagram page.

According to him, the ‘rare oppportunity’ of attaining his new educational qualification was a dream come true, as he appreciated God for his attainment.

Noting that the degree is just a stepping stone, Lala revealed that he will not stop until he attains the highest level of education

The movie star revealed that he has always had a burning passion for attaining greater heights and will not stop until he gets to the peak.

“I am sincerely grateful to the Almighty for this rare privilege. I have always had a burning passion for attaining a greater height in education from my tender age and I thank God I achieved the dream despite fame and other engagements,” he said.

“This is a stepping stone for me to greater achievements because I am not relenting because I want to attain the highest level of education.

“I am grateful to God for the success of my second-degree education. It took me concerted effort in achieving this because there were lots of distractions, but I bless Allah that it eventually became a success.”

Fans and colleagues of the actor have flooded his comment section with congratulatory messages and commendations.