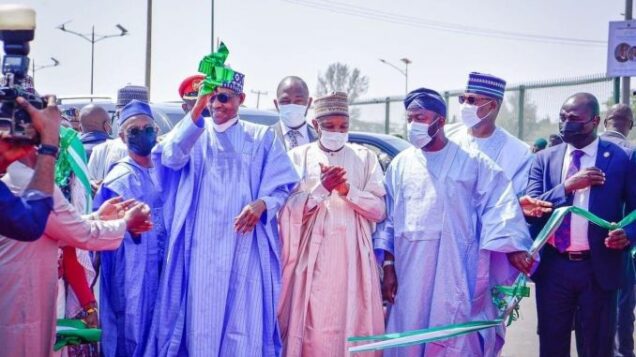 NAN reports that the roads were Katsina road, Dan haya road and the Emir Palace road, constructed under the Kafanchan Urban Renewal Project of the state government.

Under the Urban Renewal Project of the state government, 21 roads totalling 26.3km were either reconstructed, expanded or dualised in Kafanchan, at a total cost of N12.8 billion.

Buhari, in the company of the state governor, Malam Nasir El-rufai, toured the newly commissioned roads, amidst cheers by the huge crowd of people that trooped out to welcome him.

The President, thereafter, proceeded to the Emir of Jema’a Palace in Kafanchan to pay homage, after which he left for Kaduna, the State capital, to inaugurate more projects.