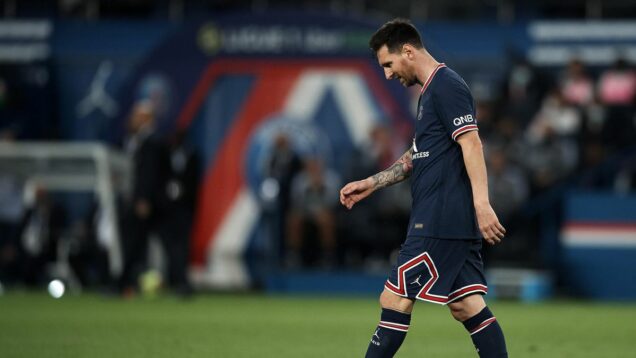 Lionel Messi has not been included in Lionel Scaloni’s latest Argentina squad for the World Cup qualifiers as he continues to recover from COVID-19.

The Paris Saint-Germain (PSG) forward has not played a match in almost a month, with the 1-1 Ligue 1 draw at Lorient on Dec. 22 being his most recent outing.

He contracted COVID-19 while back home in Argentina during the mid-season break, forcing him to return to France later than initially planned.

Messi seemed all set to return to action against Lyon on Jan. 9, but PSG said he needed to continue his recovery and then he also missed the 2-0 win over Brest on Saturday.

While he said last week that “I have almost recovered”, Messi did reveal on social media that getting over the illness took “longer than I thought”.

Given his situation, Argentina has seemingly deemed it pointless risking Messi or further disrupting his recovery given they have already secured qualification for this year’s World Cup.

Argentina will travel to Chile on Thursday before hosting Colombia five days later, with both opponents still desperately fighting for the right to play at Qatar 2022.

La Albiceleste’s other remaining qualifiers are against Venezuela and surprise-package Ecuador in March.