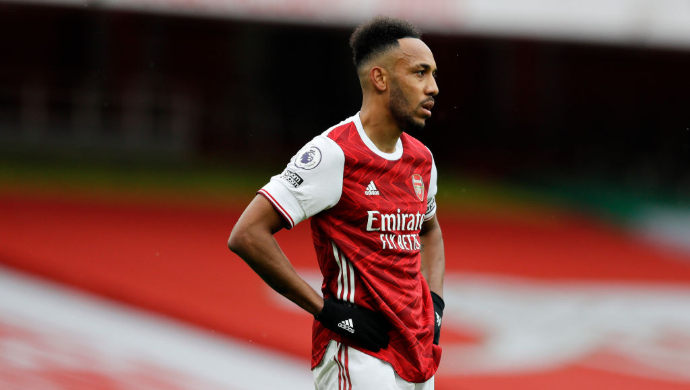 Aubameyang was stripped of the club captaincy by Gunners boss Mikel Arteta in December after several disciplinary breaches.

According to CBS, the striker may be on his way out of North London. Al-Nassr are said to have offered to take Aubameyang on loan until the end of the season.

However, their bid also includes an obligation to sign the striker permanently for €8m in the summer.

Aubameyang has struggled for form when selected in the Premier League this season, scoring just four times in 14 appearances and managing only one assist. Earlier this month he was forced to return early from AFCON 2021 duty with Gabon after scans revealed a heart problem, something that continues to be assessed.

Also, Arsenal are said to be ready to make a move for Dusan Vlahovic who they want to make one of the highest players in the English top-flight should he agree to sign and they are preparing a £58m bid.