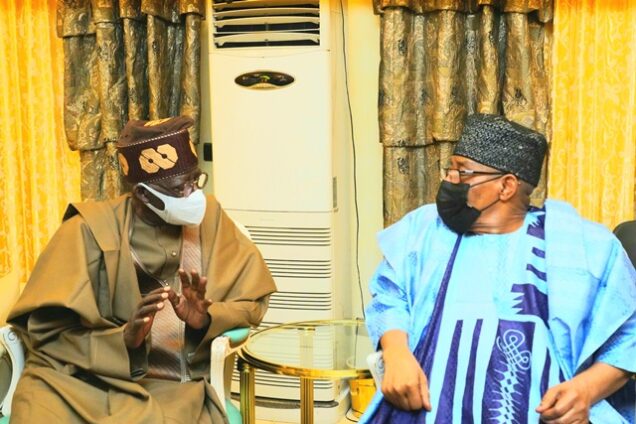 Tinubu and IBB in Minna

The APC chieftain arrived the hilltop residence of Babangida at about 2.30pm and both went straight into a meeting behind closed-doors.

After the meeting, Tinubu told media men that he came to receive the blessings of Babangida, ahead of the forth coming presidential election.

Tinubu, who had earlier visited Governor Abubakar Sani Bello to sympathise with the state over disrupting banditry, said there was no way he would visit Niger state and not pay courtesy call and receive prayers.

“Generally, I came to Niger state to commiserate with the Governor and the people of Niger state. And so, I can’t stop by without paying a courtesy call to the enigma General Ibrahim Badamasi Babangida, retired.

“Thank you very much and God bless you”.

“When I made the declaration, I told you that I am still consulting and I will consult as widely as possible”.