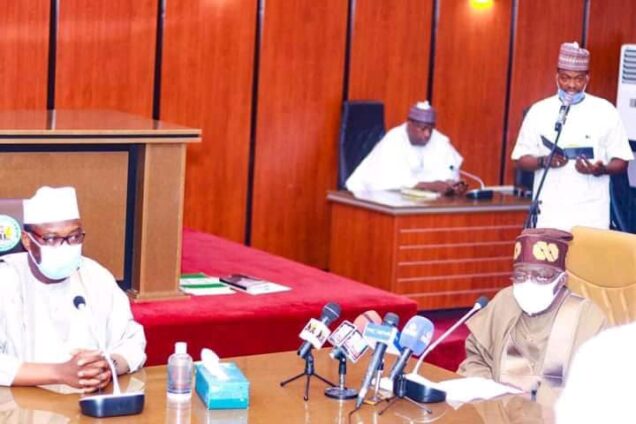 National leader of the All Progressive Congress (APC) Bola Ahmed Tinubu paid a visit to Niger State earlier on Thursday where he donated N50m to the state government to combat insecurity.

The former Lagos governor was at the Government House in Minna where he was received by Governor Abubakar Sani Bello during his visit.

Tinubu’s visit comes days after Governor Bello said that over three hundred people have been killed in more than 50 attacks by terrorists across communities in Niger State in the first two weeks of this year.

Bello also said that about 200 persons were kidnapped by the terrorists within the same period.

Before Tinubu’s visit to Niger, he recently donated N50 million to the families of victims of the recent killings in two local government areas of Zamfara State.

Tinubu also paid a visit to former military head of state, Ibrahim Babangida in Niger during his visit.