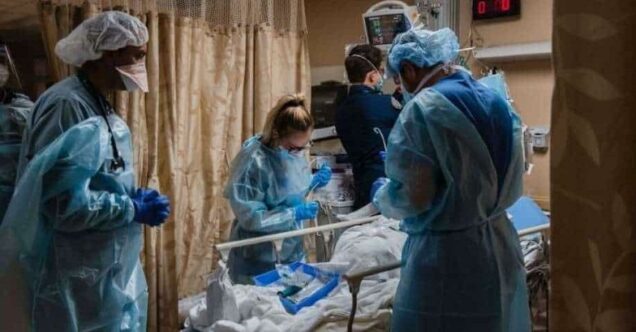 The Nigeria Centre for Disease Control (NCDC) has reported 123 additional cases of COVID-19 and witnessed six more deaths linked to the virus in 12 states of the federation on Thursday.

The News Agency of Nigeria(NAN) reports that the NCDC’s report for Thursday, which shows a significant decline in the number of infections, does not include an update from Lagos State, the nation’s epicentre, and the Federal Capital Territory (FCT), the second most affected by the pandemic in the country.

The agency, via its official website on Friday morning, said 38 of those cases were in Edo, 25 were in Osun, 22 were in Rivers, 12 were in Kaduna and 10 cases in Oyo State.

The NCDC said that the country had a total of 3,123 COVID-19-related deaths among residents recorded since the start of the pandemic in Nigeria.

Meanwhile, 175 patients were reported to have recovered from the infection and discharged from hospitals on Thursday.

With the latest update by NCDC, the tally of infected people in the nation reached to 251,694, out of which 225,455 COVID-19 patients have recovered and discharged since the nation was hit by the virus.