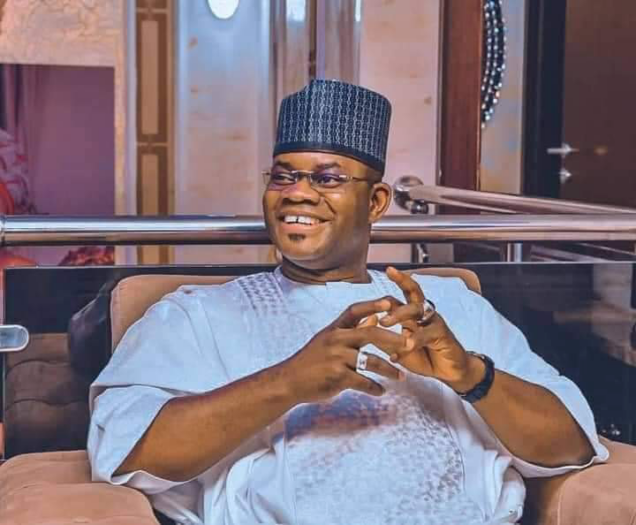 A biopic of Gov. Yahaya Bello of Kogi titled, “Yahaya the White Lion”, is set to premiere to a select audience of 200 persons on Saturday at the Transcorp Hotel, Abuja.

Seun Oloketuyi, Producer of the biopic, disclosed this to the News Agency of Nigeria (NAN) during an interview on Thursday in Lagos.

He said the biopic titled, “Yahaya the White Lion”, chronicled his life and achievements so far.

“Many times as Africans, we tell the stories of our heroes, our people and our leaders long after they are gone, when it is no longer of relevance to them. This, in many ways, prevents people from learning the lessons of history.

“Gov. Yahaya Bello has changed that standard as a movie chronicling his life and achievements so far has been made and is set to premiere on Saturday, January 22 at the Transcorp Hilton Hotel in Abuja.

“We made this biopic not just to entertain as films do, but to put history on record.

“And we could not have done it at a better time, as our actors had the opportunity to draw inspiration from the real-life characters without having to base their knowledge on second-hand tales,” he said.

He said the principal photography had kicked off in the third week of September 2021 in different locations around Kogi including Lokoja, and Lagos State.

“The movie trailer, released in December, saw film lovers applaud the choice of a stellar cast,” he said.

According to Oloketuyi, Gov. Bello was played by the unrivalled Ali Nuhu, with Roseanne Chikwendu as Rashidat Bello, wife of the governor.

He said the movie was directed by Tunde Laoye as it also starred other industry notables like Gbenga Adeyinka D 1st, Aishat Lawal and others.

“So many things have been said about the man, Gov. Yahaya Bello, and so much is still unknown about who he really is.

“This movie is an attempt to bring out the facts on the man, his background, growth and rise in politics and his ambition.

“It is basically to set the record straight about the gentleman, and make sure history has the right facts,” he said. (NAN)