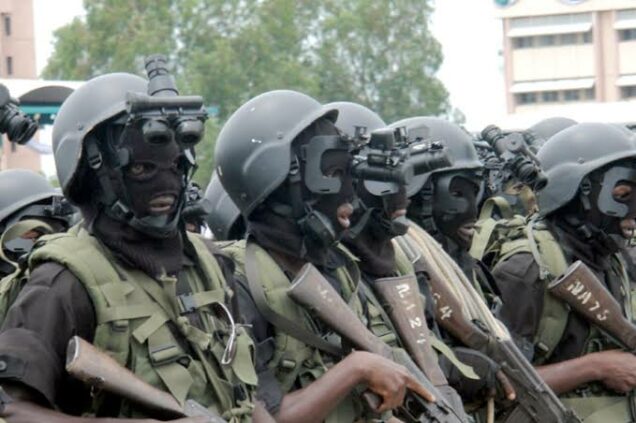 Maj. Ishaku Takwa, Media Officer of the task force, disclosed this in a statement on Friday in Jos.

According to Takwa, the criminal gang, which has been on the watchlist of the military, is believed to be behind all the recent kidnapping activities within Jos and environs.

He explained that the gang, suspected to also be behind the attack on the Jos custodial centre, was neutralised around Gyero, Jos South Local Government Area of Plateau.

“Troops of OPSH, acting on credible intelligence, have neutralised a notorious gang of kidnap syndicate on the plateau.

“The syndicate has been on the watchlist of OPSH and believed to have masterminded the recent kidnapping incidences in the state, and participated in the recent jail break at the Jos custodial centre.

“The syndicate met its waterloo when our troops tracked the members to Gyero general area, where they usually meet plan how to carry out their nefarious activities.

“The kidnappers, on sighting the troops, opened fire; our troops responded with superior fire power resulting in the neutralisation of three members of the notorious gang,” Takwa explained.

He further listed other items to include; one itel and one techno phone, two sharp knives, and two military head warmers.