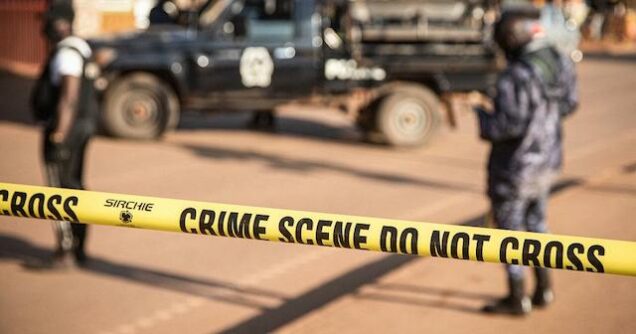 The Police Command in Borno has paraded five suspected kidnappers and 46 other suspects arrested for various crimes in the past three weeks in the state.

The suspects were arrested for various offenses such as rape, homicide, robbery, vandalism, fraud and forgery.

The Commissioner of Police, Mr Abdu Umar, stated this while parading the suspects on Friday in Maiduguri.

Umar said that five of the 51 suspects were arrested for kidnapping in separate operations in Askira Uba and Hawul Local Government Areas of Borno and Gombi LGA in Adamawa.

He said that two of the suspected kidnappers, Buba Iggi and Adamu Buba were arrested in a bush in Askira Uba by police in collaboration with hunters following a tip-off.

He said that three other suspects; Abdullahi Abubakar, Buje Jalo and Buba Manu were nabbed in Hawul and Gombi LGAs also with the support of hunters.

The Commissioner said that two persons were rescued from the suspected kidnappers who abandoned them.

“The arrested suspects confessed to the crime while efforts are being intensified to arrest their fleeing accomplices,” he said.

However, others paraded by the police include two suspects for rape; three for robbery, four for culpable homicide, two for vandalism, eight for inciting disturbances, five for possession of hemp, four for extortion, 14 for theft, two for cheating, one each for fraud and forgery.