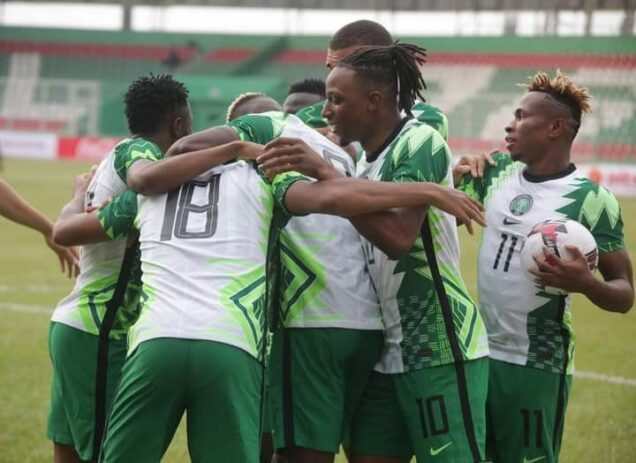 Nigeria’s Ambassador to Cameroon, Abayomi Olonisakin, has said he will continue to rally support for the Super Eagles to propel them to the final match of the 2021 Africa Cup of Nations (AFCON).

Olonisakin told the News Agency of Nigeria (NAN) in Garoua that he has had to temporarily relocate to Garoua in Cameroon, where the team is playing presently in the ongoing AFCON.

He said this was to ensure that the Eagles received total support and did not lack anything in their quest for a fourth AFCON title.

“I have been in Garoua right from the time the Super Eagles landed here. I came to receive them and since then I have been watching all their matches and even their training sessions

“Last year when I resumed duty I went round to meet with members of the Nigerian communities in this country.

“When I met them, I made them understand that we have this year a very important task ahead of us, and that is to support the Super Eagles,” the envoy said.

Olonisakin said further that he has been very impressed with the style of play of the team and expressed optimism that the Super Eagles could go all the way to play in the final match.

“I see them scaling through the round of 16 tomorrow (Sunday), and then the quarter-finals and semi-finals.

“I see in them a promising team. This team is very young and very mobile and much of the strategy they employ is quite good and the coaching crew too is good,” he added.

Olonisakin called on Nigerians both back home and abroad to continue to be patriotic and support the Super Eagles.

The Super Eagles will on Sunday take on the Carthage Eagles of Tunisia in Garoua for a berth in the quarter-finals of 2021 AFCON in Cameroon.