All you need to know about Nigeria vs Tunisia (video) 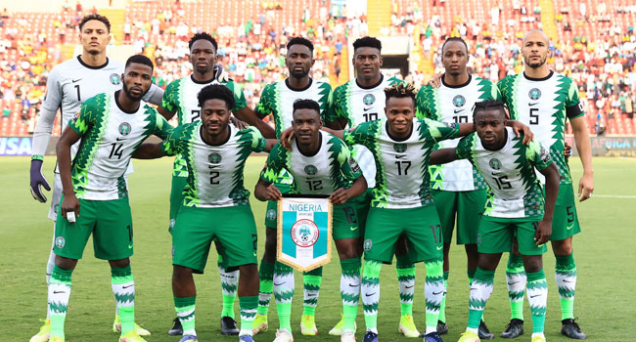 The Super Eagles of Nigeria will face 2004 African champions Tunisia in the Round of 16 of the ongoing 2021 Africa Cup of Nations on Sunday.

The match will be played by 20:00 (West African Time) at the Roumdé Adjia Stadium in Garoua, Cameroun.

Super Eagles last lost to the Tunisians in 2004 in an AFCON semi-final match, which ended 1-1 during regulation time with the North African nation winning 5-3 on penalties.

In 2006, Austin Eguavoen finished the group stage with 9 points (three wins), met Tunisia in the quarter-final, and defeated them via penalties.

The Eagles also defeated them 1-0 in the third-place match of the 2019 tournament in Egypt, with Odion Ighalo scoring the only goal of the encounter.

Both nations last met in an international friendly in October 2020, which ended goallessly.

The Super Eagles qualified to the knockout stage by beating all their opponents – Egypt, Sudan, and Guinea Bissau.

The Eagles score 6 goals in the group stage and only conceded a goal from the penalty spot.

The team also took the lion’s share of the possession in all three matches.

However, Tunisia squeezed through to qualify for the knockout phase of the competition.

The Carthage Eagles lost to Mali in their first game. They defeated Mauritania by 4 goals to nothing and recorded a shock 1-0 loss to the Gambia on Thursday night.

The team, however, qualified as one of the four third-placed countries.

However, the mode o qualification won’t matter if the Super Eagles underrate the 2004 champions.

Below is what Super Eagles Coach Austin Eguavoen has to say about the match.