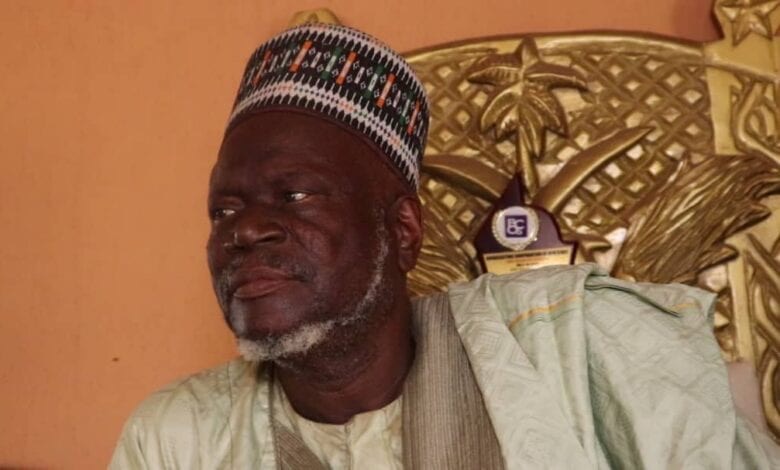 Evicted Seriki Fulani of Igangan, Alhaji Saliu Abdulkadir who was banished from the land by Yoruba nation agitator, Sunday Igboho said he does not support calls for the release of Igboho from Benin jail.

Abdulkadir claimed he lost his brother, several of his kinsmen and properties worth N500m when Igboho came to evict Fulani in Igangan.

The Fulani leader said he still hopes to get justice and compensation for all he lost one year after the crisis.

“It is on record that only three Yoruba persons were kidnapped in Igangan since the problem started; others were Fulani, he said during an interview with Daily Trust.

“I lost my younger brother in the process. We lost several of my kinsmen. You cannot even count the number of cows that were rustled. It was a sad moment for me. I lost everything I laboured for all my life and life has been extremely hard since last year when Sunday Igboho stormed my settlement.”

The Sarkin who now resides in Ilorin, Kwara State said after Igboho’s seven day eviction notice, he got assurance from the state and was surprised that Igboho carried out his threat without anybody challenging him.

“This is why I don’t support the call for the release of Igboho”, he said.

“I am sure he must be regretting his actions now.

“Any Nigerian can live in any part of the country and I have always said that there are criminals everywhere.

“There are criminals among Yoruba just like we have among the Fulani people.

“This is where we expected the government to come in and fish out those who are criminally minded.”