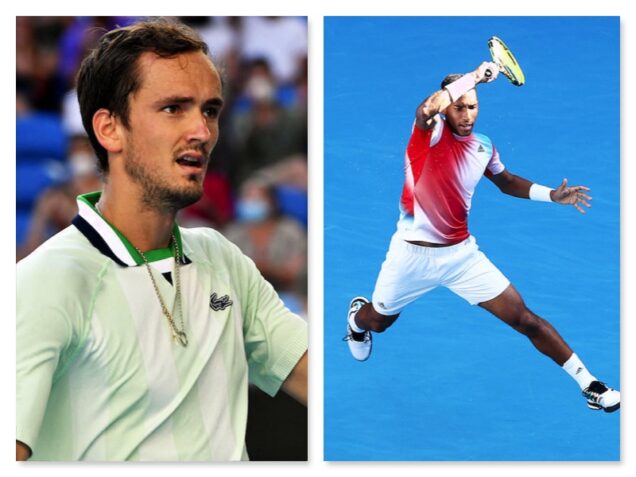 Second seed Daniil Medvedev coasted into the fourth round of the Australian Open on Saturday beating Botic van de Zandschulp 6-4 6-4 6-2.

Dutchman van de Zandschulp had been the only player to win a set against Medvedev when the Russian claimed his maiden grand slam title at last year’s US Open.

But this time around Medvedev did not falter at all en route to a 10th straight win at the majors in 1 hour 55 minutes.

He saved two break-points before clinching the opening set and then never looked back.

“Of course I don’t want to stop [in] the fourth round but I’m really happy,” said Medvedev.

“Every round is very tough and even today if the score doesn’t show this, I feel like it was a tighter match than the score.”

Medvedev was a finalist in Melbourne last year and is now the top favourite in the absence of world number one Novak Djokovic.

Tsitsipas broke Paire at love in the final game to clinch victory in 2:46 hours.

“It was a very important victory for me,” Tsitsipas said. “Benoit is someone that I would say is one of the biggest talents in our game.”