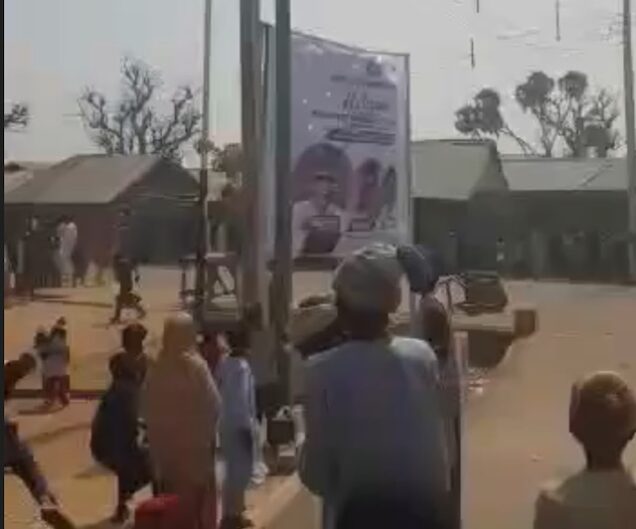 With standard of living dropping and hardship reported countrywide, President Muhammadu Buhari’s popularity is also on the downward slope.

But his hosts in Kaduna did not probably tell him the pulse of the public as disgruntled residents of Zaria either defaced or tore the president’s posters announcing his visit.

One of such moments was captured in video in Zaria, Governor Nasir El-Rufai’s hometown.

It could also mean “we are tired or no more interested in the government”.

People are not happy generally in Nigeria, including Buhari’s home state of Kaduna.

P.M. News learnt that in many places where the Buhari posters were torn or defaced, the El-Rufai government had to re-paste.

It then put policemen in those areas to stop further defacement of the posters.