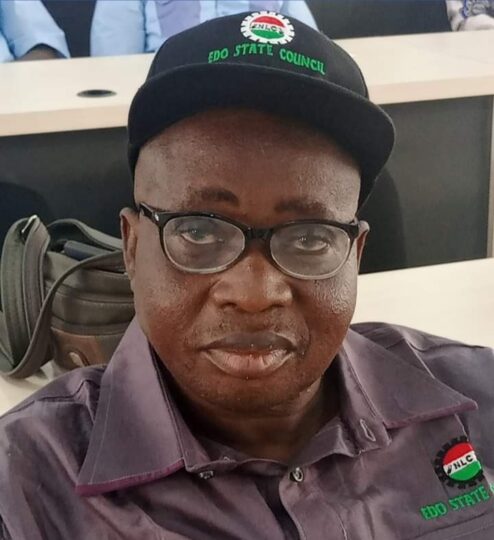 Governor Godwin Obaseki of Edo State, has expressed grief over the demise of the Chairman of the Edo State Council of the Nigeria Labour Congress, Comrade Sunny Osayande.

Obaseki in a statement on Sunday, described the late labour leader as an icon of the Nigerian labour movement, whose selfless role in the maintenance of industrial harmony in the State will remain evergreen.

He hailed the forthrightness of the late Osayande, noting that he maintained a calm and balanced disposition towards government, whenever labour disputes arose in the state.

The Governor said this positive disposition made the transformation exercise in the public and civil service in the state seamless.

He further commiserated with all workers in the state, the leadership and members of the Nigerian Labour Congress and the family and friends of late Comrade Osayande.

He prayed God Almighty to grant the soul of the departed labour leader eternal rest.

Comrade Sunny Osayande who was elected Chairman of Edo Council of Nigeria Labour Congress on April 25, 2019, passed on in the early hours of Sunday.