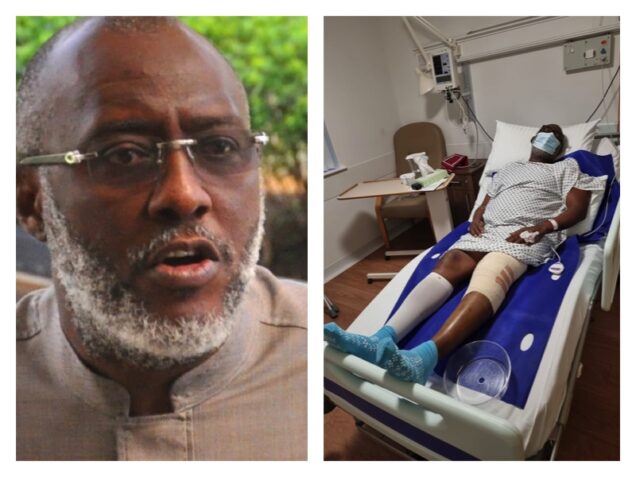 Former publicity secretary of the Peoples Democratic Party, Olisa Metuh is ill and he has sent a message to Nigerians to pray for him.

“In the last one year, I have had many surgeries and procedures and I am believing God this will be my last”, Metuh wrote on Facebook.

“No matter how angry you’ve been about my outspokenness or outright naked challenge to power back then, please pray for me.

“The cankerworm had eaten deeply into my health, it has not been easy and I have only remained whole through the mercies of God.

“I got some scary news from the surgeons today but my faith remains in God Almighty and with your prayers and by His stripes I am healed and would remain whole in Jesus name”.

Olisa, a lawyer from Otolo, Nnewi in Anambra state, served as PDP publicity secretary between 2012 and 2016.

On January 5, 2016, he was arrested by the Economic and Financial Crimes Commission, (EFCC),over some fund released to him from money meant to buy arms.

”From the records, Metuh got over N400 million, he has not said anything because we need the public money to be returned so that it’s going to be used for public good,” Mr. Magu said during a meeting with online media publishers in Lagos.

During his trial, Metuh was sometimes brought to court in ambulances.

As a result of ill-health, he was absent when the case was first heard.