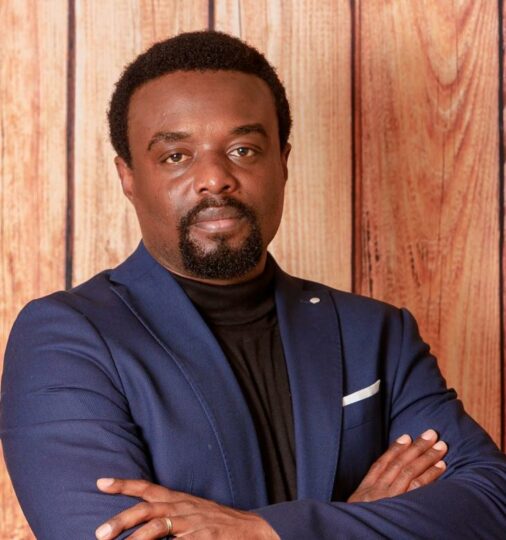 Nigerian Canadian filmmaker Austin Osarodion Odigie has expressed hope that The Wiccan Girl, the gory horror film he is collaborating with others to produce will open a new vista in movie production in Nigeria.

In a recent interview, Odigie said he was excited when he first saw the script as written by Benjamin Bitrus Gbemanayi and he is partnering with Filmmaker Douglas Enogieru for the production.

The Wiccan Girl is a new vista for Odigie who is known for the tranquility in the plot of his stories that brings tranquility to all.

But the filmmaker who recently won many awards at the Toronto international Nollywood Film Festival said the film is something to watch out for.

“When Douglas sent me the script, I was amazed at the message in the script, the style of plot, dialect and the use of language. All these spike my interest. We have been planning for the film a little over eight months now and we can’t wait to start filming.

“This is just one of such collaborations we are working on.The Wiccan Girl is something to watch out for. It’s a gory horror film. We are looking at filming in the Algonquin Provincial Park in Ontario Canada. It’s written by James Woodland of the Canadian Writers Guild.

“This story takes us back to childhood days in Benin City, Edo State, Nigeria – some of the tales and stories that brought day time horror to us as kids. This story has been carefully reviewed and the script is on its final stage and we very excited to partner with some prolific filmmakers on the project,” said Odigie.

He also dismissed claims that the movie may not get the required audience in Nigeria.

“I am giving this project my all, you know why? People ask me ‘are you considering the Nigerian market for The Wiccan Girl?’ I said of course, I make film for the global market and Nigeria is in the global space. They said this kind of horrors won’t sell in Nigeria because Nigerians face horrors in real life every day. I told them ‘fingers crossed.’

“When I am done, Nigerian filmmakers will queue up making this genre of film. I am already working with some Nigerian filmmakers on this project; the producer of Omogheto The Saga– Wendy Imasuen is on board, we are looking at actors in no particular order, but at least one or two from these names – Nancy Isime, Linda Osifo, Idia Aisen, Iyabo Ojo, Sola Sobowale, Nosa Obaseki and Kanayo .O. Kanayo. -I like the way he is re- launching himself into the new Nollywood space).

“The draft of the script is presently being read by Shaun Piccinino – a film director in LA, you should see his film, American Fighter released by Lions Gate. Because of the nature and style of the film, we are in talks with several distribution companies as we would like a global release once the film is made.

Odigie said The Wiccan Girl is one of the collaborations his film company is working on as he noted that his recent awards at the Toronto International Film Festival also come with big expectations.

While expressing his satisfaction with satisfaction at the quality of works being churned out by filmmakers of African descent, Odigie a graduate of Architecture at Enugu campus of the University of Science and Technology ESUT with certification iin Film Production from the Vancouver film School said he will continue to make films to get better at his craft.